Why Woman Should Stay In The Kitchen 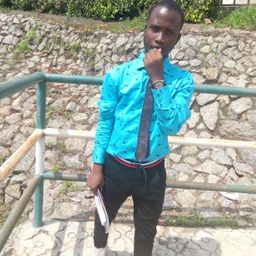 Is It A Good Idea For A WomanTo Stay In The Kitchen Without Working?

Women Also Have Dreams, Kitchen Is Not Their Home

Why Women Should Stay In The Kitchen

There a lot of benefits when a woman decides stays in the kitchen. I will like to discuss the most important ones;

1) To Be Able To Take Care And Monitor Their Children: It is so unfortunate that the environment we found ourselves this day, no just encouraging at all and even directly or indirectly making na negative impact on us. The reason why most children are involved in bad acts is simply that they have no one to monitor and guide them to the right part. Imagine parents living home by 7 o'clock a.m in the morning and coming back home by 8 o'clock p.m in the evening every blessed day, who will monitor the children? It will be easier for any child to make bad ones as friends if he or she is not well guided and monitored. But if a woman is always at home, she will be able to guide and monitor the day-to-day activities of the children which will be of great benefit to the family and the society at large.

2) To Reduce The Cost Of Living Of The Family: Food is one of the major factors that normally divide the income of the family. When both the father and mother normally go for work so early in the morning and come back at late hour in the evening, there will be no one to cook for the family, and even they may be the type of the family that will never allow housemaid in their home, so with this, they will always to have to buy foods outside which will definitely be higher cost compared to cooking in their house and also there are even some disadvantages attached to buying of food outside because you won't know the kind of environment they prepared the food, kind of water they used to prepare the food and other sought of things like that which can be dangerous to the health of the family.

Let’S Talk Food: Why Should I Consider Catering For My Event?