All That You Need To Know About The Sabarimala Temple Case 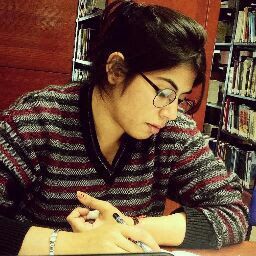 Can the purity of a deity’s idol be threatened by the entry of a woman of menstruating age in his temple? A country that holds in its laps, the temple of a menstruating goddess ( KAMAKHYA DEVI), the country that worships womanhood at large is not hell-bent on stigmatizing and ostracizing the very phenomenon that is the reason behind the growth of human race and is the essence of female physiology.

It all started when two women entered the sanctum sanctorum (GARBHGRIHA) of the Sabarimala temple on 2 January 2018 in the aftermath of which, the temple was closed for 2 hours for shuddhikaran (purification rituals). That is when all the drama started, with the devotees of Lord Ayyappa on one side, and women activists on the other.

Lord Ayyappa was born out of the union of Lord Shiva and Mohini(the female reincarnation of Lord Vishnu) and was a celibate according to some ancient sources. Hence to preserve the chastity of the temple of Sabarimala, the pilgrims are supposed to observe penance of celibacy for several days. For the same reasons for chastity, the women of menstruating age are not allowed to enter the temple. However, the women of all age groups are allowed to worship Lord Ayyappa elsewhere.

A clash of rights:

While some are arguing that their religious sentiments shall be deeply hurt if the women of menstruating age shall be allowed entry in the temple premises, another party, that is the lot advocating gender equality claims to have suffered gender discrimination and labels the centuries-old tradition as an epitome of patriarch and menstrual discrimination that makes a mockery of the most basic tenets of Hinduism, a religion that worships women as goddesses.

The Supreme Court’s take on the case:

The case that was heard by a bench of five judges which was headed by the Chief Justice Dipak Misra and including Justices Rohinton Fali Nariman, AM Khanwilkar, DY Chandrachud, and Indu Malhotra. The court ruled in favour of the women and allowed the entry of women in the temple premises. The judgement of the Supreme Court is a huge step towards bringing down the traditions that have been in practice since centuries and have made the society look down upon not only to women but the entire womankind at large.