Another Fury Of Mother Nature " Fani 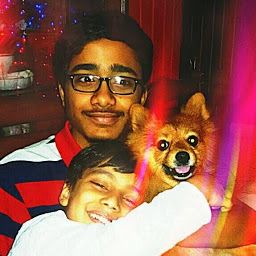 MAY THE NEW DAY GIVE THEM A SHINING AND PEACEFUL MORNING . LET’S PRAY TOGETHER FOR THEM AS WE CAN'T REACH THERE BUT OUR PRAYERS CAN

Even for a state like Orissa , who is used to mother nature’s fury and had its worst experience during the super cyclone in 1999 in Paradip , yet again most recently had to experience another devastating fury of nature the ‘Fani’ which hit the coast line and then the rest of the districts on 3rd of may , 2019. Fani’s cruel dance of very high speed winds of more than 170 km/hrs turned into heavy downpour , leaving Orissa and it’s affected regions crippled and utterly destroyed .

It got formed in the Indian ocean near the equator taking sufficient moisture and thus gather more water and momentum and thus generate stronger winds. Apart from this , the trajectory of this storm and it’s long journey makes this storm exclusive and much more worse and tyrannizing than the rest of the earlier storms. In terms of intensity and severity , many including C R Das , ex-additional secretary of Orissa government termed it as almost equal or even worse than that of 1999.

Several trees have fallen , electric poles have being destroyed and toppled , towers & building have been demolished , walls have been crumbled. All kinds of livelihoods now cease to exist. The puri beach, which was once a famous tourist spot has been utterly deformed making it nearly impossible to visit. The likelihood of basic facilities such as water , electricity or phones being restored in the next couple of days , now seems to be a very far fetched dream .

The fresh water sources has been polluted, making it impossible for further human consumption. All the phone lines and electricity lines has been disconnected, leaving the places in complete blackout and extremely difficult to communicate with loved ones. Recalling the earlier days Siladity Shastri , 49, said that the team sent by Chandrababu Naidu were much more effective in restoring Bhubaneswar after the cyclone of 1999 , but this time the situation is much more worse.

The government has sent a team of nearly 70 senior officers {including IPS and IAS} to tackle the crisis. It has opened community kitchens for the local people , evacuated nearly 11 lakh people and C M Naveen Patnaik kept a const eye on the preparedness. A special token of appreciation goes to the very accurate and in time forecasting of the Indian meteorological department , which allowed the government to take necessary steps & thus saving a lot of lives.

Travelling on roads have become nearly impossible because of the excessive water logging and due to broken trees and branches blocking the roads hanging perilously which may fall down any time. Just recently the Orissa government spent a lot of bucks for renovation of Bhubaneswar for ‘Hockey World Cup’ , but now all the infrastructure has been battered and the city looks ravaged. RAFT has been deployed across several regions but going by the devastation that has been wrought in the city , one can only imagine the state of the rural areas and how much time it will take to restore normalcy there. In a nut shell the state , in all likelihood , will take years to get back to normal,&with the communication network paralyzed , it is hard to assess the damage.

MAY LORD JAGANNATH SAVE THEM ALL…

How Electric Vehicles Are Going To Change The Future