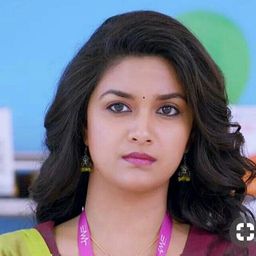 April Fool'sDay is celebrated on 1 April in many countries around the world. On this day, people traditionally play practical jokes on each other and have fun trying to make other people believe things that are not true.

April Fool's Tradition:
In the UK, jokes and tricks can be played up until noon on 1 April. After midday it's considered bad luck to play a trick. Anyone who forgets this and tries a joke in the afternoon becomes an 'April Fool'themselves.

So, what kind of jokes do people play? Well, a simple example would be telling your friend that their shoelaces are undone. Then, when they bend down to do them up, you shout, 'April Fool!', and they realise their shoelaces are fine. Maybe it's not your kind of humour, but watch out, there's always someone who will find it hilarious! In Ireland, a popular prank is to send someone on a 'fool's errand'. The victim is sent to deliver a letter, supposedly asking for help. When the person receives the letter, they open it, read it and tell the poor messenger that they will have to take the letter to another person. This continues and the victim ends up taking the message to several different people until someone feels sorry for them and shows them what the letter says: 'Send the fool to someone else.'

In France, Belgium, the Netherlands, Italy and French-speaking areas of Canada and Switzerland, the 1 April tradition is known as the 'April Fish'. A common joke is to try to stick a paper fish onto a victim's back without being noticed.

On April Fool'sDay 1998, the American hamburger chain Burger King announced that ithad created a left-handed hamburger. The advert for the'new product'explained that all the ingredients had been rotated 180 degrees so that it was more comfortable for left-handed people to pick up and eat. The following day, Burger King admitted that this advertisement had been a hoax, but said that thousands of customers had gone to restaurants across the USA asking for a left-handed burger.