Why Python Programming Language Is Favorite For Hackers? 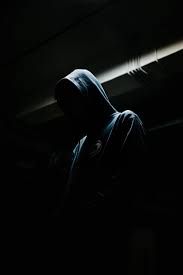 When you enter in the field ofhacking you get to know that a programming language plays an important role to understand and get command on the concepts of technologies and its security.

There are so many Programming languages now days, C, C++, JAVA, PYTHON, JAVA SCRIPT are commonly in trends.

Then what is the reason or what is so special about Python that it becomes the most recommended choice of HACKERS?

REASON :We say hacking in the terms of searching Vulnerabilities or Bugs or in some cases exploiting system. System hacking requires a deep technical and methodological knowledge. and for this Python has a very simple structure and also is a strong scripting language. A simple example of this, you can see below where i am comparing the syntax structure of python with other language.

That's it !! a single and simple line of code.
As a hacker i must say that the HACKERS are the most lazy kind of people and we will not ever choose a language in which we have to write unnecessary things like sytem.out.blaa blaa or <iostream> or main().... a big NOO! That's why we go to python which is really reliable to us.

Actually, JAVA is a programming language preferred by most of individuals because anything can be developed by JAVA either it is desktop application or it is website. and when we talk about PYTHON then it also can be used to develop either desktop applications or websites. Python doubles up as a scripting and also general purpose programming language.

And because of its simplicity that we're just seen, there's no doubt that Python gets favored so much.

Another point which goes in Python's favor, is the huge amount of libraries.As a Hacker or also for developers, we have such a vast number of libraries, we can easily get our work done just by using them.

Granted, one would be advised not to spread the word of your hacking intentions, but the benefits of the dedicated community can not be emphasized enough.

At the end, If you are really ambitious of being a hacker one day, START LEARNING PYTHON.

When Hacking Is Ethical...

5 Ways To Secure Your Email Address