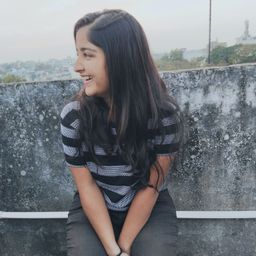 It's been a hell of a ride!

Had the best time i could've asked for,

Got all that i ever wanted but couldn't keep it alive.

But the matter of fact was never intentional.

Made mistakes, arguments,fights,worst of words could ever drop.

Did the fact change?

Had been losing some bonds that were always been my day night raw..

3 years in something that wasn't seen coming to an end!

There's a journey i travelled with lots of ups and downs but the only part was the love.

Oh i never saw that coming else i would have realised to stop that part.

The part of me that i was losing bit by bit.

I wish i could reverse all that happened and happening to get what i crave for.

Wanted to stop becoming a part of something that was mine a time while but held back because of me!

I wish i could reverse the time to correct all that i did that was never expected.

I somehow try to do some deed that i wouldn't have done else just to patch the hollow void kept in me.

I don't know what forever means but the one living with me is the only forever I dreamt!

Only thing that remained mine was the constant love rising above a level where i fall off a cliff and still remain Us!

I wish i could reverse back all that happened and start over again!

Overcome The Fear Of Change