Apple Vs Samsung: A Brief Study Of Their Marketing Strategy 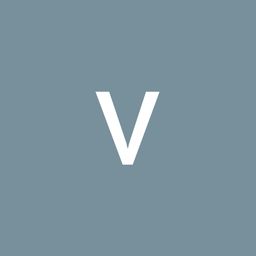 At some point in their lives everyone has tried to compare Apple's iPhones with those of Samsung's. Many find the latter to be pocket friendly while the former soothes their eye.

Unless you've been living under a rock you must have heard about these two tech giants and their race to the top. Earlier, the smartphone market was dominated by players like Nokia and Motorola. This domination continued till 2007 when Apple introduced its first iPhone which changed the face of the market. With a multi-user interface and iOS operating system, its safe to say it revolutionised the industry. It crushed its competitors and came out as a reigning champion. This reign continued till 2013 when Samsung pushed back and gave Apple a tough competition with its Galaxy smartphone series. There have been several lawsuits between the multinationals since then.

Currently, Samsung has a market capitalisation of about $154 billion, barely a quarter of Apple’s. But if you believe that a company should be measured by how much it sells then it’s Apple that is following Samsung as the second-largest electronics multinational in the world.

Now that I have given you an overview, let's talk about what marketing strategies these companies have employed, how they differ from each other and how they play an important role in determining their image in people's minds.

The cornerstone of Apple’s advertising is selecting a feature of it's products that no other product has and the using it as it's USP. The company has cultivated it’s image as a brand that focuses on innovation and technology and has not hesitated to highlight the 'never seen before' advantages of its products to the target audience. Apple’s commercials ranging from the earlier ones of iPhone 3G were made keeping in mind the company’s tagline 'Think Different' as they focused on the company's exclusive software and features like 3G technology, the App store, superior camera quality, Animoji (3D animated emoji that you can create based on your facial expression.) and security and privacy functions to promote the brand.

As far as the Animoji feature goes, at first sight one may have thought 'Is this the best you've got Apple?' . However, it was actually a brilliant marketing strategy by Apple because the real feature that Apple was selling was its depth sensing feature that allows facial recognition. Later, Apple launched an advertisement with the catchphrase 'Unlock with a look' that was based on the phone's Face ID feature giving the company an edge over it's competitors.

Here is an Apple iPhone ad that focuses on privacy as it's USP.

Apple had also used a commanding catchphrase in its 2015 campaign, 'if it's not an iPhone, it's not an iPhone'. The company’s message was that there is no other phone with a same or similar hardware or software as that manufactured by Apple, again focusing on 'what's different' about the company's product. A common feature that has been observed in Apple commercials is that they usually use a black or white background, keeping it simple and focusing on the premium quality of the brand.

Samsung has also introduced a plethora of commercials but what differentiates their ads from that of Apple's is their approach. They use people’s emotions to reach them. They make ads to reach a targeted audience.

Above you can see a particularly moving advertisement released by Samsung India promoting the Bixby voice assistant with a moving story of a young daughter whose mother suffers from Motor Neurone Disease. So you see how Samsung banks on emotions to promote itself, a classic yet brilliant strategy that also helps spreading awareness.

The price mix of the companies also varies greatly. Samsung has a diverse price mix with high end as well as low end products catering to the demand of various income groups. While on the other hand Apple has established itself as a premium brand that sells only high end and expensive products. Apple has adopted the “best fit segment” pricing strategy (skimming), where those people are targeted who are comparatively less sensitive to price and want to receive the benefits of new technology as early as possible. The company justifies the price by spending a lot of money on R&D to provide best quality products.

To promote the brand, Apple uses all forms of advertising to gain attention. They appear on a regular basis on newspapers, TV, billboards etc. They also ensure coverage of major channels like Fox, MTV and Rolling Stones, Maxim etc. In-store promotion and awareness helps in personal selling where the users can touch and test. The company uses various social media platforms for promotion like Facebook, Twitter, Instagram and YouTube. However, the brand's social media strategy is a little different from that of others as it mainly uses these platforms for customer engagement. While the brand has not ignored the importance of social media, it still uses it with caution. On the other hand, Samsung aggressively promotes itself through all social media channels and hire's influencers to engage the audience. Samsung uses various marketing vehicles across the year covering festive season as well as non-festive time and also offers various discounts to its trade partners as an incentive to sell its products.

Samsung’s products are easily available in the market, online stores, various e-commerce websites an the company’s exclusive stores. It works on the channel marketing concept wherein there are three segments. Sales and service dealers, Modern retail and Distributors. Apple sells its products through exclusive Apple Showrooms, Company-owned website and online stores and mobile Authorized sellers Telecommunications companies. The main difference between them is that Apple sells through a limited number of authorised dealers while a large part of Samsung’s products are sold through a many dealers in multiple locations.

We can safely conclude by saying that Samsung banks on its agressive marketing which has helped it gain a large market share while Apple plays all its cards on the design of its products and futuristic technology. Apple is valued for it's design, a core value of the company. The positioning of the company, as established by Steve Jobs still reaps its benefits.

How Social Media Marketing Is Effective?

How Is Digital Marketing Helpful For Businesses?