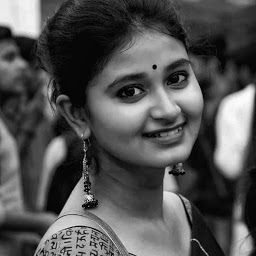 The dowry system is an age old system and a peculiar phenomenon of Indian society where durable goods like car, cash jewelleries are given to the bridegroom from the bride's family as a condition of the marriage. It has become one of the greatest evil of our society. It is one of the condemnable practices and a curse in the Indian society. As per custom, this system of giving gifts was purely voluntarily and absolutely not out of affection and love.

The custom of dowry was made to support the setting up the new home and life. The giving of gifts were restricted to the bride's family only. It appears that initially the custom was practiced in order to help the bride to adjust into a new environment with the items that are gifted to the couple. Now this custom is altered as per the need of the new society and has virtually corrupted the institution of marriage itself. In the marriages of all levels of society, dowry today is an unsaid demand.

With the change in time this custom has taken entirely a new face. Society has changed with time. People have become more ambitious and jealous of other's success.At times due to social pressure a bride's family has to provide equipments in the term of "gifts" . Depending on the social status, educational qualification and affluence of the family, the amount of dowry can vary significantly.

The evils of dowry is prevalent in all the sections of the society and in almost all the communities. Dowry system is still prevalent among the people in northern India. To please the family of the bridegroom, to make sure that their daughter can live a happy life, her parents are forced to lure them with money and gifts. The society is aware of dowry as a social devil in the society, still it has not been able to control this practice. The government too has made efforts by passing a Dowry Prohibition Act and amending it as per time. This too has not been effectively implemented.

Cases have been coming up that brides were brutally killed, burnt to dead or even forced to attempt suicide due to family pressure where the girl's parents had not been able to fulfill her in-laws demand in dowry.

The responsibility of controlling and stopping this practice is largely in the hands of the youth of this country. Women specifiially should be charged with a special responsibility to rise to the occasion and resist and oppose all direct and indirect methods of accepting dowry. Once they take courage into their hands and refuse all proposals of their marriage associated with dowry in preference to one without it, a welcome trend will gradually and definitely set in.

Know Your Rights: 7 Laws That Protect Women In India