Evolution Of Panja Durries Through Generation 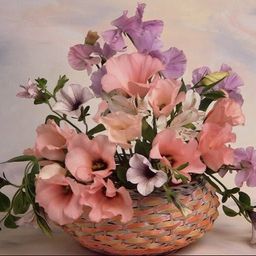 The Indian handicraft industry forms a major part of the rich cultural heritage of the country. It is an unorganized, decentralized, labor intensive cottage industry. Some of the strengths identified are availability of abundant & cheap labor in the country, use of local resources, low capital investment and unique craftsmanship in the manufacturing of products along with increasing appreciation by international consumers. Despite the strengths, the industry faces a number of problems in the country such as low literacy and education

The village and cottage crafts play a very important role in the social and economic life of our country. Because of the artistic and ornate craftsmanship which do not have parallel the world over, the masterpieces of handicrafts of Jodhpur, while preserving the centuries old traditions and legacy, have carried out an important niche in the highly competitive international mercantile. The handicrafts of Jodhpur, thus, encompass a rich assortment of numerous items having designers blend of spectrum with each individual item possessing an exclusive discerning subtle elegance depicting our priceless heritage.

The weavers of the village Salawas belong to the prajapati caste. Although their main source of income was agriculture, they also practiced pottery and the weaving of jat patti rugs. These plain weft faced durries woven with coarse goat or camel hair derive their name from jhat, literally meaning haste, with which they could be executed. The durries made in Rajasthan, also known as Punja durries, are often found in cotton, camel hair and wool. They have steadily become one of the most popular weaving traditions of the state and command a sizable chunk of both the domestic and international market. Durry is a flat woven rug used traditionally in India as a floor covering. Punja is a comb like tool used for bitting and setting the weft yarn. These durry are hence called punja durry.

Talking about the scope and current situation of handicrafts in India, one of the biggest issues in India is that our markets do not recognize the true value of craft. When this value is recognized, and if people are willing to pay a higher price for craft based products, this should translate into higher wages for weavers and craftspeople and act as a boost to millions of rural-based livelihood opportunities associated with this sector.

Propelled by loss of markets, declining skills and difficulty catering to new markets, a large number of artisans have moved to urban centres in search of low, unskilled employment in industry.

A preliminary survey was carried out to get the desired information from primary sources i.e. durrie weavers along with exploration of secondary sources such as prepared durrie, books, internet etc.

Videography and photography along with structured interviews were designed and conducted. The questions asked were made short and clear to ensure that it should be understood by the respondents.

As interviewed during the cluster visit, what information the durry weavers namely, Ramesh Mundal and Paras Mundal, gave that the roots or the foundation of durry making was laid by a person named Sham Ahuja who hired the village people for making durries and train them or provide them with the skills of using punja and design a durry using that technique. So, if started from scratch the main channel was started by sham ahuja in salawas.

He also provided all the raw materials and all the looms and other tools needed to the people who came to him to learn the technique and help in the business.

The Mundal family, who is known to have got salawas famous because of the quality and the designs of durries, got into this family business as their grandfather, Pukhraj Prajapat, went to sham ahuja for learning the same. And then generations by generations it got passed onto Ramesh and Paras. Now they are the masters of making panja durries and have resplendently got this business successful and made their village famous even internationally and has got the tourist attraction.

Paras Mundal told that it’s been 30 years since Sham ahuja has shifted the factory to a new place so now the Mundal family is here in Salawas to carry forward the business.

Pukhraj comes from a long line of weavers who have been making durries for over five hundred years now, a craft that was born from a very basic necessity. As the story goes, hundreds of years ago, a Royal visited their humble village. Having offered up their highest seat to the king as custom demanded, they realised that they needed something else to sit on. And thus the durry was born.

As the years passed and they started weaving durries for themselves, it evolved from a functional piece of cloth spun with camel hair to an earthy form of art. Weavers started experimenting with different materials, using threads spun from cotton and coconut fibres, dyed with natural pigments to create unique patterns in vivid colour combinations.

It wasn’t too long before this new form of art caught the attention of the king himself, who commissioned durries for the palace. This humble piece of cloth travelled from the homes of common folk to deck the halls of the palace while entertaining nobles. And just like that, by the simple act of sitting down, two classes were brought to the same level, with nothing to differentiate them. For that moment, they were just people sitting on a beautiful durry in the comfort of their homes.

Over the years, Durry making has become an important means of livelihood for many families in Salawas and the neighbouring desert regions. In 1990, Pukhraj started a cooperative to help these families get organised and reach more buyers across India and overseas.

Even though they’ve embraced the changing times, Salawas hasn’t changed, its people holding fast to their roots. With every new generation that takes up weaving, they are inconspicuously wearing down the social order, making equals of all those who sit down on their Durries.

Thread. Weave. Interlock. The process is long as they keep at it for hours as they intersperse colored threads one line after the other.

They embed in it the beautiful and aesthetic designs during the process. The rug or the durry comes out as a beautiful result as it has its own unique colors, patterns and materials.

During the time of Pukhraj Prajapat, the durries were made very heavy as the materials used were natural and limited like the Jhatpati (hair of goat) and the designs were approved by Sham Ahuja which after his migration was replicated by Pukhraj Prajapat in his production. Talking about the designs, at that time it used to be heavy and intricate designs unlike the modern times which are more geometrical and minimal.

The tools i.e. the punja was also much heavier than what it is in today’s date and the loom used to be made up of wood which has now shifted towards more of iron.

From his grandfather it got passed onto his father who now got more animal and floral prints included to the designs.

The difference between the durries of his grandfather and his father was of the material and designs. Slowly and gradually as the world and technology is evolving so does come the variety of materials in hand which made the durries light weight and different yet keeping the then essence intact. As through years the durries evolved, so did their life span decreased.

The raw materials like camel wool, sheep wool, cotton and goat hair also got into line and have increased the variety.

Now it got passed onto the sons of the family, and they also learned the skills and technique applied to make the durries.

The designs got more simplified and have got more inspiration from today’s trend.

The major difference between the grandfather’s durries and his durries was that earlier it used to be thick, heavy and long lasting consequently as compared to today.

Colors are all natural as they were earlier but the difference is that in old times the colors chosen were more of light shades giving a vintage look and now they give color combinations according to the designs and make them look aesthetic. The characteristic striped and geometric patterns are part of the emergence and evolution of this craft. Flaming oranges and magenta translated onto durries, from their own odhanis and turbans, bright blues and greens, to counter the lack of it in the surroundings, and subtle harmonies of warm greys of undyed wool are all found in these durries.

And about the selling and revenue thing, Pukhraj used to sell them according to the weaving charges only since the materials were provided by Sham ahuja. Now, they include weaving charges as well as the cost of the raw materials used.

Lately they have designed a durry inspired from Maharana Pratap and are thinking to bring the royal people in to their designs.­­­

Although the lure of city jobs takes youngsters away from traditional crafts, weavers who once provided for local needs, now send their beautiful hand-woven creations to decorate homes all over the world. Wool carpets to keep warm in the biting cold winter of the north, comfortable cotton for the humid south and jute for strength, each material is woven, sometimes mixed, can spoil everyone for choice.

Even though they’ve embraced the changing times, Salawas hasn’t changed, its people holding fast to their roots. With every new generation that takes up weaving, they are inconspicuously wearing down the social order, making equals of all those who sit down on their Durries.The further these Durries travel, the more visitors they bring back to the village. Visitors who navigate their way through the dusty, empty streets of Salawas to an earthy, red-walled home where Pukhraj Prajapat and his family roll out their Durries and wait, with welcoming smiles. Durries have evolved from a functional piece of cloth spun with camel hair to an earthy form of art.