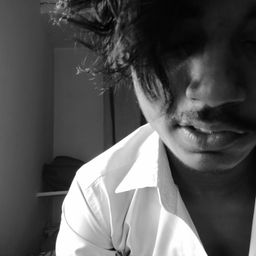 India is known for the splendour and pristine state of its nature and is a country which is home to numerous sights that never cease to amaze a nature lover. However, there are also some places that, despite technically being a part of India, remain just beyond our reach. These areas are restricted to the citizens of India due to varying reasons, and as a result, lie so close to us and yet so far. It is important to be aware of these wonderful sights that we are missing out on, so as to bring about a new regard for the sights that we do have within our reach. Here is a list of the top 3 places in India that we are not allowed to visit, but are wonders to the eyes.

The infamous border of India and China lies in the South Western part of Hotan Prefecture in China. This area has seen immense dispute with India claiming that it is a part of the Ladakh region of Jammu and Kashmir, and China claiming it is a part of the Hotan Prefecture. It is a part of the Line of Actual Control (LAC) and is now classified as the ceasefire line. It is a high altitude cold desert area with a number of soda lakes. This piece of land is untouched by humans and is one of the most dangerous places in the world. It lies right beyond the reach of Indians but is a sight to behold from the safety of the Indian borders.

"FOREIGNERS ONLY" BEACHES IN GOA AND PONDICHERRY

Goa and Pondicherry are two of the most sought-after coastal tourist spots in India. Both regions witness enormous tourist traffic owing to theirserene beaches andbeautiful tourist attractions. However, both these places are known to have particular beaches that are ‘restricted’ to Indian citizens. In Pondicherry, these are certain elite beaches that have intricate French and Indian architectures. Despite being lawfully on Indian property, and owned by the Tourism ministry, these beaches continue to remain out of bounds for Indians.

Located in the Bay of Bengal, and constituting the Union Territory of Andaman and Nicobar, the Nicobar Islands are off-bounds to Indian citizens. These islands are pristine and untainted and are supposed to be even more beautiful than their counterpart- Andamans. The islands are restricted for tourists, and one would need special permission in order to set foot on these islands. Researchers, wildlife specialists, and scientists are a few of the only people allowed to enter the Nicobar Islands and face strict regulations when doing so. While the Andaman Islands are a place of immense tourism, the Nicobar Islands lie shrouded in mystery and fascination to the Indian population.

The Best Kind Of Therapy Is Beach Therapy!

Places You Should Visit!

Must Visit Beaches In India