Bhagat Singh: Where Is His Family Now 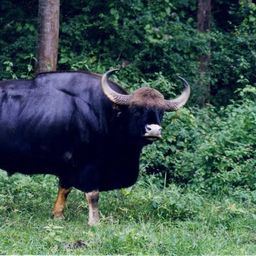 Bhagat Singh was influenced by his grandfather Arjun Singh, who was a freedom fighter. Also, his father and his uncles, Ajit Singh and Swarn Singh were politically active and were members of the Ghadar Party. Ajit Singh died on 15 August 1947 while Swarn Singh succumbed to the tortures by the British in 1910.

Bhagat Singh was present when the Jallianwala Bagh Massacre took place, and was only 12 years at that time. Also, he witnessed the Nankana Sahib Massacre at the age of 14, which dismissed his faith in Non-violence as proposed by Mahatma Gandhi.

Bhagat Singh joined hands with Chandrashekhar Azad and Ram Prasad Bismil at the Hindustan Republican Association. While he and Shivaram Rajguru wanted to avenge the death of Lala Lajpat Rai, they shot John Saunders dead and later on they bombed the Central Assembly before surrendering themselves to the police.

Bhagat Singh, Rajguru and Sukhdev were sentenced to death in the Lahore Conspiracy Case and were hanged on 23 March 1931. They were cremated secretly on the outskirts of Ganda Singh Wala village and Hussainiwala village located at the banks of Sutlej, and their ashes were flown into the river.

After the Partition of India, the Hussainiwala village came under Pakistani territory along with Lahore, where Bhagat Singh had spent most of his life. Bhagat Singh's family came to India. However, they remained unknown until the actor Manoj Kumar introduced Bhagat Singh's mother, Vidyavati to Lal Bahadur Shastri. Prime Minister Shastri took care of the family but he soon passed away.

The Hussainiwala village was exchanged for 12 villages with Pakistan on 17 January 1961. Bhagat Singh's mother was cremated at the same place later on. In 1968, the Government of India constructed a Martyrs Memorial in the village, with statues of Bhagat Singh, Rajguru and Sukhdev erected at the spot. However, the memorial was damaged by Pakistan in the Indo-Pak war of 1971 and the statues are still with Pakistan, although the memorial has been reconstructed.

Bhagat Singh's sister, Amar Kaur had a son named Jagmohan Singh, who worked as a professor in Punjab Agricultural University. He is now retired but revealed that while they were living in Kapurthala, they were spied as Jawaharlal Nehru saw some threat to his life from them. The spying continued even after the death of Jawaharlal Nehru, when Jagmohan Singh and his family had shifted to Ludhiana. Even his passport application was kept pending for months.

Abhay Singh, the son of Kulbir Singh (Bhagat Singh’s brother) went on to become an MLA from the Jana Sangh from Ferozepur constituency. He worked hard to make the files regarding Bhagat Singh and Ajit Singh public, carrying forward the efforts of Kulbir Singh. Abhay Singh's son, Abhitej Singh was an Aam Aadmi Party activist who died in a road accident in 2016.

Bhagat Singh's brother, Kultar Singh served as an MLA from Saharanpur, Uttar Pradesh and also as a minister in the ND Tiwari government of Uttar Pradesh. He died in 2004, and his children have settled abroad.

Prakash Kaur, the last surviving sister of Bhagat Singh passed away on 28 September 2014, which happens to be Bhagat Singh's birthday. She was living in Toronto with her son Rupinder Singh in Toronto, Canada.

In Pakistan, Bhagat Singh’s legacy has been erased from the history. However, he continues to thrive in the folklore of Punjab. He is remembered on his birth and death anniversary and people gather at the Shadman Chowk, the place where he was hanged.

The activists still make demands for including Bhagat Singh into the curriculum of Pakistan, however no substantial success has been achieved so far. However, Bhagat Singh’s ideas continue to live in India, as stated then by the 23 year old revolutionary figure.