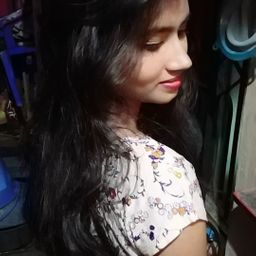 We often tend to hide behind our weaknesses disabilities, handicaps or mourn over them our whole life through. Dr Stephen Hawking, one of the greatest scientists of this century, did not do so. In spite of suffering from a very rare and dreaded disease, Dr Hawking continued his research undaunted. His exemplary courage should inspire us to do our best even under trying circumstances.

Exactly 300 years after the death of the great scientist Galileo, Dr Stephen Hawking was born in Oxford, London on the eighth day of January 1942. Little did his parents know that one day their little boy would be hailed as one of the greatest scientists of this century.

An average child, Stephen grew up to be a normal teenager, full of mischief and lots of love for music and mathematics. Even though his father

wanted him to study medicine, he was bent on studying mathematics. The University of Oxford, at that time, did not have a course in mathematics so, he opted to study physics instead.

At the age of 17, Stephen started noticing that he was becoming increasingly clumsy and even fell down a couple of times, for no reason. This perplexed him and he went to see his family doctor, who diagnosed him as suffering from an extremely rare disease - ALS or LOU Gehrig's disease that affects the nervous system and eventually weakens all the muscles of the body.

In the meanwhile, the disease worked its way Stephen's body and left him disabled. He began studying the concept of "Black Holes" to get his

PhD. By this time. He was confined to a wheelchair and was rapidly losing control of his hands and speech. The study of "black holes sparked his imagination with bright ideas. He made many epoch-making that shook established theories. Scientists believe that the universe began with a "Big Bang. “To explain this concept better, Stephen invented what is known as "Lie Algebra".

Though confined to a wheelchair with no control over his body save a finger and with a computer to help him, express his thoughts. Dr Hawking is an authority on profound subjects of science. Numerous honorary doctorates and awards have been bestowed on him. He is a Fellow of The Royal Society and a member of US National Academy of Sciences.

Dr Hawking showed exemplary courage in their life. Salute to this brave person who in spite of being disabled strive to do their best.