8 Reasons Why F.R.I.E.N.D.S Is The Greatest Sitcom Ever 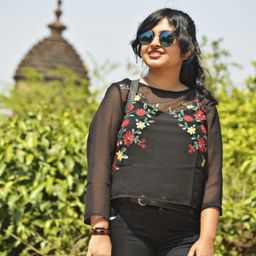 Want to talk to your crush but fumbling badly? Nevermind. You can use this cheesy line. After all you always have the excuse saying it was just aF. R. I. E. N. D. S reference.

Ever thought that you're the only one in the crowd with awkward parents? Well, Monica watched her parents having sex a few inches away from her. Still embarrassed about your dad's retro dancing?

Oh it was seriously cool. Rachel's enviable collection of dresses makes all of us want to splurge a little on clothes. From Phoebe's maternity outfits to Ross' leather pants disaster, F. R. I. E. N. D. S taught us a few fashion lessons as well.

Name another show from the 90s that openly discussed transgender people and same sex relationships. Well, F. R. I. E. N. D. S is the only one.

P.S. we still want to know what 7 means.

5. Finding Types in our Friend Circle

We always have the nerdy Ross, the flirty Chandler, the fashion icon Rachel and even the weirdo Phoebe in our friend circle. F. R. I. E. N. D. S is so basic and relatable in that way.

P.S we sincerely dislike people like Janice in our circle.

PIVOT!
UNAGI!
We were on a break!
Need something to lighten up your mood? There's nothing better than F. R. I. E. N. D.S jokes and one liners. Start watching an episode and you'll be ROFLing in no time.

From Monica and Chandler's sweet romance to the highs and lows of Ross and Rachel's relationship, F. R. I. E. N. D. S taught us a lot about relationships.

It's not always about the fun part. From Joey's struggling days as an actor to Phoebe's past of being a homeless kid, F. R. I. E. N. D. S gives a vivid picture about the harsh realities of life.

"What You'r Is You Are Enough"