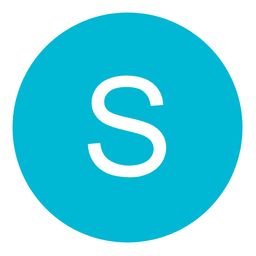 In Satyajit Ray’s short story, “ The Sahara Mystery”, the character of Professor Hektor Demetrius doesn’t conform to the archetypal portrayal of scientists in science fiction.

The protagonist was an erudite Greek biologist famed for his research in ancient medicine. The picturesque setting of his house in Iraklion is an aesthetic ideal introduced in the story. Despite being from an occidental cultural background, he was filled with veneration for Eastern traditional medicine. His thirst for knowledge was attested by letters written to Professor Shonku in flowing penmanship appreciating the latter’s research. He also had a keen interest in language and archaeology. He was intensively studying ancient Aegean language - Linear A.

In the pursuit of science, he apparently did dismiss ethical concerns. He would visit ancient Cretan cities to archive stone inscriptions to satisfy his academic interest. As per institutionalized law, usurpation of ancient intellectual property is illicit. There is an ambiguity regarding his moral and intellectual integrity. He had allegedly killed innocent beings and seemingly had no scruples about his actions. His character makes readers wonder if moral valance of such actions can be justified in the name of science.

While studying the philological evidence gathered from Knossos, he stumbled upon an inexplicable formula that would induce cosmic power into human and cause gigantic growth. A man of science is portrayed as a staunch believer in the mystical power and divinity - He had the courage of his conviction to proceed with the questionable experiment.

Being narcissistic, he believed that the purported effects outlined in gypsy’s prophecies were correct. Apparently, this scientist was susceptible to the idea of nemesis - According to the archives of his diary, he is found pondering his fate and regarding his unquenchable inquisitiveness as a reason behind his suffering.

This man with an enigmatic personality on conjecturing the potential outcomes of the drug tried maintaining secrecy about the experiment. He used an extremely primitive form of cipher - Mirror writing. Mirror writing traces an early appearance in the notes of “Vitruvian Man” by Da Vinci. It can be concluded that he was acquainted with the works of the Italian polymath of Renaissance.

He probably was aware of the demography of the Sahara. Imbued with the desire to test the full potential of the drug, he did shift from the inhabited Crete islands to the desolated subterranean regions of the Sahara. Supposedly, he had rationality to keep his experiment under wraps.

Overpowered by an insatiable scientific curiosity, he was not intimidated by the fear of death. He did proceed with undaunted courage and unmitigated enthusiasm. He was aware of the lasting ramifications of his decision but didn’t hesitate to test it upon himself. Unlike some unscrupulous scientist of Gothic literature, he didn’t exploit the miraculous formula for self-aggrandizement. Ray brings out the agathokakological nature of human by characterizing him as a scientist motivated by altruistic desire to sacrifice himself for research. His death ostensibly is a microcosm of the larger correspondence between divinity and man.