The Importance Of The Father-Daughter Relationship 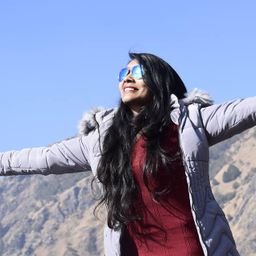 You’ve probably heard that having a strong male influence is important in a young boy’s life, but it’s equally important for daughters to have one as well. A positive father-daughter relationship can have a huge impact on a young girl’s life and even determine whether or not she develops into a strong, confident woman.

A father’s influence in his daughter’s life shapes her self-esteem, self-image, confidence and opinions of men.

“What matters in the father-daughter relationship is that Dad seeks to live a life of integrity and honesty, avoiding hypocrisy and admitting his own shortcomings so that she has a realistic and positive example of how to deal with the world. He should try to model a reflective approach to life’s big questions so that she can seek to do the same,” he adds.

Dads and daughters: From infant to toddler

We now live in a culture where Dad is an equal partner in care giving. From day one, dads are encouraged to be hands-on, changing diapers, giving baths, putting Baby to sleep and calming her cries. That presence and effort is the beginning of a very important relationship.

According to Austin, this quality time together is crucial at all stages of a girl’s life.

“Dads need to spend time with their infant daughter, taking care of her physical needs and supporting her Mom,” he explains. And once the little lady starts toddling around, “it’s essential that Dad gets down on the floor— on her level— and plays with her,” Austin says.

Fathers and daughters: From tween to teen

It’s those pesky “hormonal” years that can often have dads shying away from their moody and sometimes standoffish daughter. When there’s a tween girl in the house, “[d]ads should focus on cultivating a trusting relationship so that their daughters feel secure talking with them about what’s going on in their lives,” Austin explains. “When necessary, dads should apologize and ask for forgiveness, as this both shows respect and love to our daughters and heals the hurts that are inevitable in daily life together.”

As a girl continues to grow and her teen years become fraught with complicated issues, dads should continue to work on building a trusting relationship, give affection and support her as she learns more about who she is and what kind of person she wants to become, Austin says.

“It’s imperative that, no matter what, dads avoid the temptation to pull away or withdraw during this sometimes challenging stage of growing up.”

A father’s influence on a daughter’s self-image

A dad’s involvement in his daughter’s life is a crucial ingredient in the development of a young woman’s self-esteem. Austin identifies positive elements of “common sense” parenting for dads so they can help support their daughter’s self-image and curb any possibility of low self-esteem: Verbal encouragement, being consistently present in her life, being alert and sensitive to her feelings, taking time to listen to her thoughts and taking an active interest in her hobbies.

“It’s important to actuallydothese things, which can sometimes be quite challenging,” Austin adds. Direct involvement and encouragement by her father will help diminish a girl’s insecurity and increase her confidence in her own abilities.

How dads influence their daughter’s relationships

The type of men that women date and have long-term relationships with are also directly related to the kind of relationship a girl has with her father. Obviously, the hope is that the father figure in a girl’s life will aim to skew that young lady’s opinions of men in a positive way.

“He must, first and foremost, treat his daughter with respect and love. Whether or not he is married to or still together with his daughter’s mom, showing respect to her mother is essential as well,” explains Austin. “He must also value women as human beings, and not as persons to be used. Daughters will see what their dads believe about women by how they value and respect women, or by how they fail to do so.”