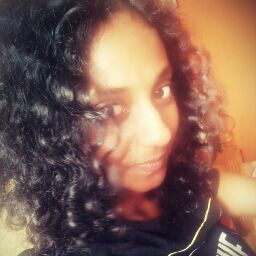 It has not been so long since I learned the term FEMALE HEROISM. Female heroism, I am sure that you are reminded of the DC’s Wonder Woman and the Marvel’s Captain Marvel on hearing the term. Not so surprisingly this is one of those measly used terms that are proficiently significant.

What is female heroism?

Not very fascinating as the name looks but let’s understand this with a fable.

Not very long ago, there is a village near Visakhapatnam district of Andhra Pradesh, India. There lived a poorly educated orthodox family. The family had a male head, his parents and his pregnant wife. On learning from a local doctor that his wife was carrying a girl child, he aborted her pregnancy without her willful consent. Though she doesn’t want to give up on her baby, she obeyed her husband’s decision that not to have a girl child and remained silent. (As an ideal devoted wife would do so).

The story might be a fictitious narration but this happens to be true in some parts of India even today. The story meets an end when the woman is silent over her husband’s decision. This trait of women is given the notion of female heroism. The physical and emotional subjugation of women.

Women, then, were never treated as an ‘autonomous being’ rather they were regarded as a ‘relative’ of man. She never had right over her own life, she must devote her life to her husband, his family, to the society, it’s culture, customs, and traditions. Sadly, she was treated as a commodity and was even traded as a good and the owner would have the right over her life. The owner would control everything from her food to her sexuality. And if she is married her husband will have control over her life. In Egypt, people used to accept that a man can beat his wife if she refused to have sex with him. In most other parts of India, a woman hadn’t had any rights over her own children.

These are only very little of the facts about the oppression of women but there are hundreds of such cruel and gruesome traditions that deprived women of their lives. To maintain this male dominance in society, the concept of female heroism was brought up. To be an ideal woman to the posterity, surrendering her emotions, creativity, and individuality to the norms and become the laureates being claimed goddess by society.

One such incident took place in the year 1980, in Rajasthan. A sixteen years teen girl charred herself on her deceased husband’s pyre. She was sent off hailing, ‘ Sati Mata ki Jai’ (cheers to goddess Sati). This is a social evil banned by the government. Later, a temple was built by the villagers identifying her as goddess Sati. Her sacrifice was propagated as bravery.

Thus, sacrifice and self-abnegation are the two bases of female heroism. Accepting herself as an object of the society, giving up her will for her husband is what it takes to be called a female hero.