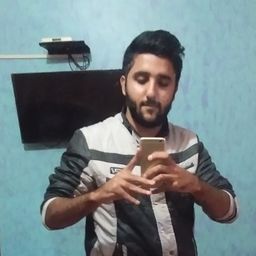 One of the hardest things in life is to know when to keep going and when to move on.
On the one hand, perseverance andgritare key to achieving success in any field. Anyone who masters their craft will face moments of doubt and somehow find the inner resolve to keep going. If you want to build a successful business or create a great marriage or learn a new skill then “sticking with it” is perhaps the most critical trait to possess.

On the other hand, telling someone to never give up is terrible advice. Successful people give up all the time. If something is not working, smart people don’t repeat it endlessly. They revise. They adjust. They pivot. They quit. As the saying goes, “Insanity is doing the same thing over and over again and expecting different results.”

One way to answer this question is to use a framework I call the 3 Stages of Failure.

The 3 Stages of Failure

This framework helps clarify things by breaking down challenges into three stages of failure:

In the rest of this article, I’ll share a story, solution, and summary for each stage of failure. My hope is that the 3 Stages of Failure framework will help you navigate the tricky decision of deciding when to quit and when to stick with it. It's not perfect, but I hope you find it to be useful.

Stage 1: A Failure of Tactics

Sam Carpenter became a small business owner in 1984. Using $5,000 as a down payment, he purchased a struggling business in Bend, Oregon and renamed it Centratel.

Centratel provided 24/7 telephone answering service for doctors, veterinarians, and other businesses that needed the phones to be answered at all hours, but couldn't afford to pay a staff member to sit at the desk constantly. When he bought the business, Carpenter hoped that Centratel “would someday be the highest-quality telephone answering service in the United States.”

Things did not go as expected. In a 2012 interview, Carpenter described his first decade and a half of entrepreneurship by saying,

“I was literally working 80 to 100 hours a week for 15 years. I was a single parent of two kids, believe it or not. I was very sick. I was on all kinds of antidepressants and so forth…

I was going to miss a payroll and lose my entire company. If you can just imagine a nervous wreck, physical wreck, and then multiply that by ten, that’s what I was. It was a horrible time.”

One night, just before he was about to miss payroll, Carpenter had a realization. His business was struggling because it completely lacked the systems it needed to achieve optimal performance. In Carpenter’s words, “We were having all kinds of problems because everybody was doing it the way that they thought was best.”

Carpenter reasoned that if he could perfect his systems, then his staff could spend each day following best practices instead of constantly putting out fires. He immediately began writing down every process within the business.

“For instance,” he said. “We have a nine-step procedure for answering the phone at the front desk. Everybody does it that way, it’s 100% the best way to do it, and we’ve taken an organic system and made it mechanical, and made it perfect.”

Over the next two years, Carpenter recorded and revised every process in the company. How to make a sales presentation. How to deposit a check. How to pay client invoices. How to process payroll. He created a manual that any employee could pick up and follow for any procedure within the company—system by system, step by step.

What happened?
Carpenter’s workweek rapidly decreased from 100 hours per week to less than 10 hours per week. He was no longer needed to handle every emergency because there was a procedure to guide employees in each situation. As the quality of their work improved, Centratel raised their prices and the company's profit margin exploded to 40 percent.

Fixing a Failure of Tactics

There are three primary ways to fix Failures of Tactics.