Identity Of Women Is The Honour Of Women 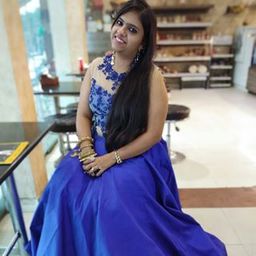 The new identity of women is the honour of women, we should always respect women because the whole universe is incomplete without her. This is the women who gives birth to men.

There is a verse in Sanskrit –
“Yasya Pujyante Naryasta, Tatra Ramante Devtah” which means that where we worship women there God resides.

Now a days, where a Women are progressing in every sector, but there are still many places where the man that himself as Dominant and treats women as a servant and disrespects her because he don’t knows the value of the Women.

In this progressing world there are still many places where women have to face the serious crimes such as Eve teasing, Rapes, Dowry system and many more and by doing this offenses man takes him as powerful as Superman but he don’t knows that he is giving the proof of depravity.

This is the Man who worships the women in whole Indian “Navratri festival” but in other days he disrespects the same women but who makes him understand that by worshipping Nine days he can not get rid of whole life Sin.

According to a survey Every Month there will be 10,000 rapes just in India and these are that cases which get reported but there are many cases which doesn’t even get reported because of the fear of Shameness.

Now I tell you a quality of the society if a woman get raped it blames the women that she crossed her limits and does not wear proper clothes.But society must understand that “Don’t ask girls not to wear short clothes, ask boys not to rape.

According to a report a 2 year girl was brutally raped by a 24 year old boy in this case what society says that the girl is wearing diaper or frock. This is just a shitty thinking of the society.

The clothes of the women does not decides whether a women get raped or not because the women in Saree is always equals to a women in Burqua both get raped.

Any excuses can not justify the rape.The Rich or poor each and every Man have to learn to“Respect women”.