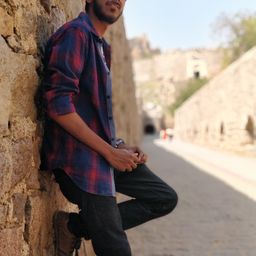 Nowadays, love is not true anymore, it has become just a mere attraction between two individuals. Yes, ofcourse love starts with attraction but it doesn't mean that when the going gets tough, you would end that relationship just by saying "You dont love me anymore". Love is not only about praising and complementing the good side of any individual, its about accepting the fact that every individual has some flaws and accepting that person with all those flaws in him/her.

Nowadays after a small fight people do part their ways by saying that its not working out among themselves, without even thinking for a second to sort out those problems. We are habituated to quick and impulsive responses. Much credit should go to bollywood movies for this behaviour of ours. We generally dont understand that movies are presenting us a virtual world which is not real. We feel like, ok this is how it works. Whenever we find someone attractive we end up thinking that its LOVE, but in real its just a mere attraction. We feel like " I dream of her, that means I love her" or maybe "I think of her the whole day, so that states I love her" Its just a melodramatic movie scene. After talking for 2-3 days we feel like we are made for each other...Really?.. Ask our parents, they have lived together for more than 20+ years... Do they still believe that they are made for each other?

I dont think, they would say Yes neither they would say No, because they moulded themselves to be perfect for each other, they sacrificed for each other, they fought with each other but never left each other, they stayed together supporting themselves in tough time and that is what is true love. Not what they show in movies where they depict that the hero and heroine looks at each other, suddenly from nowhere winds starts blowing all around and ultimately they fall in love. Falling in love with someone's good qualities is very easy and it generally is short term but instead falling in love with someone's flaws does takes time and is generally long term.

If We Could See Love

Khushi B
Khushi B
72 views

Love Me When I'm Hard To Love