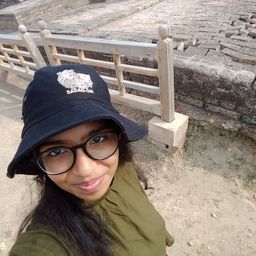 The word ‘Democracy’ has been derived from the 2 Greek words, ‘Demos’ meaning people and ‘Kratos’ meaning power. In short ‘Public Power’. Democracy is the most widely accepted form of government all over the world. A conscience in favour of democracy has been ever growing since the beginning of the 20th century .Many countries, after going through rigorous penances of freeing their motherlands, have adopted democracy as the basis of their nations i.e. ‘by the people’, ‘of the people’ and ‘for the people’. In a democracy, people play a more prominent role rather than the politicians themselves! They enjoy a fair share of power and authority within the government and are accessible to its each and every machinery. Democracy can be considered as 'people’s own government' where no one is neither a whole sole leader nor a complete slave!

Democracy proves to be the most accommodative form of government all over the world . It works to the direction of the people and can be subjected to easy changes and compromises. Democracy takes into consideration the ideas and aspirations of each and every citizen of the country. But, how exactly can such a complex mechanism can come into life? Though 91% of countries practise democracy to this date, people have subjected the sanctity of democracy to various scrutiny. With changing time, the expectations and demands of people are ever evolving.

Some people think that democracy produces a less efficient, sluggish government. It is, of course, true that non- democratic regimes don’t have to bother much about deliberations in assemblies or worry about public opinion and thus, take their decisions quickly. But the idea of Democracy is itself based on deliberations and negotiations, so some delay is bound to take place!

It is reasonable for a democratic government to be attentive to needs and demands of people and be largely free of corruption. However, the record of democracy in this regard has not been up to the mark! Democracy often frustrate the needs of the people and often ignore the demands of a majority of its population. The routine tales of corruption are enough to convince us that democracy isn’t free of the devil. But, at the same time, there is no evidence to show that non-democratic countries are less corrupt!

. No society can fully and permanently resolve the conflicts among their different groups. But we can certainly learn to respect these differences. Democracy is best suited to produce this outcome. Non-Democratic countries often turn a blind eye to these internal social differences, however Democracy has the ability to handle these social differences, divisions and conflicts. The best example to this can be the model of Belgium government!

. Democracy stands much superior to any other form of government in prompting dignity and freedom of an individual. It strengths the claim of even the most disadvantaged and discriminated section of the society like, in India, many reservation policies had been made for SC’s, ST’s and OBC’s.In countries which have long being oppressed under social evils, treating everyone with dignity is a big thing. In a non-democratic set-up, this principle of individual freedom and dignity doesn’t have any moral or legal force. The same is true for gender equality.

Democracy all over the world have recognised the importance of taking into account women equality. Women have been started getting much of the respect and dignity in the male dominated society of men. In Scandinavian countries like Sweden, Norway and Finland, the participation of women in public life is paramount. All these countries have one thing in common-Democracy!

Since time immemorial, democracy has been able to attract many of its suitors and well- wishers with great ease. But still, it’s pile of complains keep on growing. It is good to know that democracy has been able to expand the minds of people in imagining things par the level. But changing them into reality is still in progress. There are still many tests that democracy needs to pass. Though Democracy is a ‘mob rule’ where around 51% of people are able to make upand see their dreams come to reality, but the rest of 49% still remains untouched. Democracy remains deaf to their pleas! Democracy seems to be a utopian vision which might be never achieved. We have never been able to see a ‘pure democracy’, it rather seems to be a ‘hypocrisy’.

Democratic reinforcement seems to be the need of the hour! There are many challenges and problems that democracy needs to fight back. But, the real success of democracy can be only complete with people’s active participation. Only bragging and criticizing democracy, without any efforts, will be useless.

‘Ignite the fire within to revolutionise changes for the utopian!’

Reservation A Gift Or Curse??