Failure Is Not The End 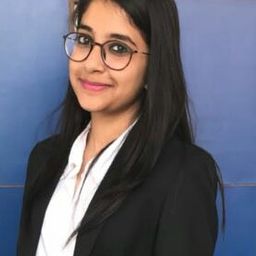 Thomas A. Edison says, “I have not failed. I've just found 10,000 ways that won't work”. Failureis the condition of not meeting a desirable or intendedobjective. Success and failure, varies from person to person or situation to situation, a situation that one may consider as failure might be success for another or a neutral situation. It is difficult to ascertain whether a situation meets the criteria of success or failure as different people have different ambitions and goals.

Usually people see failure as ending, as their plan did not succeed or their ideas were not good enough. But this is not true, failure happens to everyone. People should understand the power of failure and learn from their mistakes, wrong steps and misunderstandings instead of falling into despair.

Failure is a common feeling experienced by businesses and people. No one can become successful at everything they do. Failure is a possible consequence of trying, which teaches people a great deal. Learning from failure is important in all aspects of life and business. Becoming successful or achieving a particular target involves risk taking, sometimes big, sometimes small. All the risks taken have chance of failure, but the important thing is to understand the failures and learn from them.

Progress can be measured with number of failures a person has faced. Failure shows that a person tried hard to achieve a particular goal, but was not able to do so because of some mistakes or unpreferable situations. It helps a person to improve and gain experience to win from difficult situations.

Hardest and most important lessons always come from our failures and they have helped us to ultimately to become successful. When people feel depressed or frustrated due to failure, they forget about their abilities. Success is about learning from failures, and being self-motivated. People should smartly do hard work and in case of failure, should find and analyse the reasons for failure to achieve success.

People who are afraid of failure can never learn from their failures and rarely will get successful but the people who do not try because of the fear of failure are the one’s who are doing a big mistake. A quote by B. F. Skinner, “A failure is not always a mistake, it may simply be the best one can do under the circumstances. The real mistake is to stop trying”.

Thus, failure in life gives an incredibly valuable lesson and allows to go back and redesign the practices for a better future. Make a point to celebrate successes as well as failures which lead a path for success.

There are no secrets to success. It is the result of preparation, hard work, and learning from failure.

How To Overcome Failure In Life