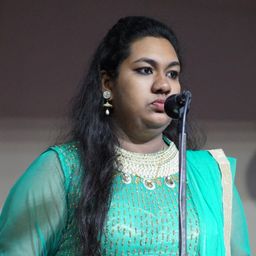 TikTok – there will hardly be any person who does not what is TikTok and how it works. TikTok, a Chinese media app started like any other app, and within a few days of its launch, it had already formed a community of TikTok users. TikTok app was released in September 2016 as Musical.ly initially and it reached its peak in 2018 by becoming the most downloaded app. It had 140 million downloads crossing the millennial apps like Facebook, Snapchat, Instagram and Twitter. Therefore, calling it a rage won’t be wrong as millions of people view and post videos on TikTok every day. However, like everything has a flip side, TikTok has too which cannot be ignored.

CYBERBULLYING AND TROLLING: The virtual era has made it easy for people to enjoy the luxuries of the world sitting at home, which has also paved way for cyber bullying and trolling. Through the app, the users are able to communicate with millions of people. The app is used to showcase the user’s talent in front of millions of people. But it also attracts unwanted sexual comments and trolling. This may not seem harmful at first but later it results in heavy mental trauma. Everyday millions of users face sexual comments and trolls on their videos. The fact is that these go unreported is because it is done digitally which gives the cyberbullies and sexual predators a sense of superiority and anonymity. This cyber anonymity helps them to go too far extents of bullying the users with morphed images/videos, physical intimidation, etc. The extreme trolling results in the user’s low self-esteem, embarrassment and of course, fear. There have been reports of suicides from cyber trolling. Like, V Kalaiyarasan from Chennai was trolled for dressing up as a woman in his Tiktok videos, which ended in him committing suicide in October 2018.

ADDICTION: On 15th of January this year, a 15-year-old girl from Mumbai committed suicide by hanging herself after she was scolded by her grandmother for phone and TikTok addiction. Although, people are aware of this news but still nothing has changed as the app is so addictive that users find it very difficult to stop using it. It will seem all roses in the first but after sometime the user eventually gets obsessed with the number of likes over the video and the numbers of fans they acquire. If you take a look closer, most accounts on TikTok are public, which is done to get large number of views and likes. Thus, the users are ready to jeopardise their privacy for fame and validation.

SECURITY CONCERNS: TikTok accounts are highly vulnerable to hackers who will be able to obtain your email id and phone number. Also, since the users are completely visible in their videos, the Chinese app developers can have an easy access to their location, image and biometric data. This raises national security concerns too as the Chinese company cannot refuse to share data with the Chinese government. Thus, it not only violates a person’s privacy but also raises national concern.

When it comes to embracing new breakthroughs in technology, youngsters are faster than the adults. This adaptability makes them easily susceptible to danger.When these youngsters start to see themselves the new millennial “social media influencers”, they overlook and never question the negative aspects of these apps as they are happy to live in their virtual bubble. Thus, this ignorance works in the favour of such app developers who mostly feed on these youngster’s insecurities and their thirst to gain popularity.