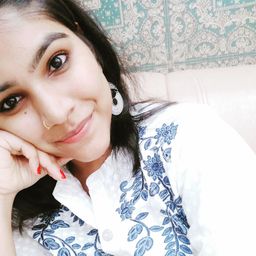 Bokaro Steel City is the administrative headquarters of Bokaro district. It is the fourth largest district in Jharkhand with a population of about 6 lake. Bokaro Steel City Urban Agglomeration consists of Bokaro Steel City, Chas and Bandhgora. The city has an average literacy rate of 84% which is 9% greater than the National literacy. These are some facts I copied and pasted from Wikipedia. I will tell you why I am writing this article. I was born and brought up in Bokaro Steel City.

All my memories, good and bad, joyful and morose are associated with the narrow lanes, dingy hutments and huge buildings of the city. Bokaro is home to one of the largest Steel plants in Asia. Steel Authority India Ltd. Aka SAIL was established in collaboration with Soviet Union and the government of India. Bokaro steel plant is a world in its own. There are various departments which provide employment to thousands of engineers and labourers. I was born in Bokaro General Hospital which is the main hospital in the city. Besides the normal statistics of people working, living in the city; I will let you know why I am in awe of it. My city, unlike major metropolitan cities, is far from the effects of modernization. People still wake up early to catch the rays of the sun. They still prefer radios over fancy television sets. The city has distanced itself from the cacophony of globalization. The parents are worried about their children to the extent that a social gathering means discussions about children and other family members. Coaching centres and schools have sprung up which ensure complete facilities for education. It's a small place, where electricity problems still exist and we chat with elders till the electricity returns. It's a balmy evening every day where children come out to play instead of clinging to the smart phones which has made the kids quite unsmart in larger cities.

There is no point in saying that I love my city. Neither will I continue to speak at length of my admiration for the city. In a gist, wherever I go and whatever I do, I will be Bokaro and Bokaro will be me.