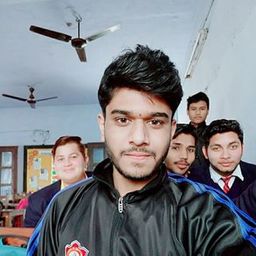 Ayurveda is a traditional way of medicine which focuses on a healthy lifestyle and tries to integrate mind, body, soul using herbal remedies, meditation, yoga and breathing practises.

The term Ayurveda is composed of two words namely "Ayus" meaning Life and "Veda" meaning Science, these both combined form the term Ayurveda which means "Science of life" . Ayurveda is supposed to have originated in Indian Subcontinent. The origin of the term Ayurveda is mentioned in the Atharvaveda(Last of all vedas) which contains 114 hymns and several chants that act as a magical cure for diseases. Ayurveda was expanded significantly during the vedic period and later on some of the non vedic systems such as Buddhism and Jainism also developed medical concepts for Ayurveda.

Ayurveda believes that every human is made of five basic components present in this universe.

These five things reside in the human body and form three energies which are called Doshas in Ayurveda.

Doshas are supposed to be energies that govern the mental and physical process of every human body. It is believed that every person knowing his/her dosha and working for it can make him/her lead a happy life. There are supposed to be three doshas namely

Ayurveda believes that this Dosha is the most powerful dosha among the three. This Dosha is supposed to control the breathing, blood flow, functionality of heart and also the excretion process of a human. People suffering from this Dosha are more likely to suffer from skin problems, breathing problems (asthma) or heart diseases.

This Dosha controls the hormone function and digestion process of the human body. It is completely related to the metabolism of an individual of breaking down food and digestion of it, this dosha also affects your appetite. People suffering from this Dosha are more likely to develop conditions like indigestion, overheating or high blood pressure.

This Dosha is supposed to control the entire immune system and growth of the human body. People disturb this Dosha the most due to improper lifestyle. People suffering from this dosha are more likely to develop conditions or disease like Cancer, diabetes and other disorders.

The word Ayurveda was first observed in Atharvaveda. There are several classical Sanskrit works on Ayurveda which describes it in a quite brief manner and it's efficiency but among them only three principle Sanskrit texts are considered to be the main works that describe Ayurveda in the best possible way. These three works are

Charakha Samhita is the oldest text work on Ayurveda that has existed till date. It was written by "Charakha" who was one of the principal contributors to the development and expansion of Ayurveda. The term "Charak" is used to denote "Wandering Physicians".  He was a resident of Kapisthal(Now Jalandar). "Charakha" is well known as the "Indian Father of medicine" and is said to have studied at University of ancient Taxila where he completed his book Charakha Samhita.

This book describes various theories on the human body and explains symptoms, therapy and causes for numerous diseases. This book highlights the  importance of a healthy lifestyle, healthy diet, hygiene, need of prevention and basic knowledge of medical education. There's one more thing that is highlighted in this book, it is the teamwork of "A physician", "A nurse" and "a patient" that is required for recovery from any disease.

Some of the contents that this book covers are.

Like many other older books, even these books admire and respect the Ultimate Gods for all the knowledge of medicine that can be transferred to further generations. This book revolves around the three principals- etiology, symptomology and therapeutics.

This book devoted a lot of chapters just to explain the necessity of a Good diet and healthy lifestyle to stay away from disorders.

This book also includes a section for all the students who aim to become a physician and describe all the challenges and opportunities they will encounter while travelling this path.

The Sushruta Samhita is the Sanskrit work on medicine and surgery. The Sushruta Samhita followed the Charakha Samhita. This book was written by "Rishi Sushruta" who was a medicine teacher and used to live in Kashi. He is known as " Father of Plastic Surgery" for inventing and exploring various ways of surgery on the human body.

The Sushruta Samhita is a collection of 186 chapters and contains descriptions of 1,120 illnesses, 700 medicinal plants, 64 preparations from mineral sources and 57 preparations based on animal sources. One of the oldest Sushruta Samhita palm-leaf manuscripts is preserved at the Kaiser Library, Nepal. It is dated to 878 CE.

After the development of Sushruta Samhita ancient people came to know about the procedure of surgery on the human body and how many diseases can be cured using this practice which was limited in Charakha Samhita.

Ashtanga Hridayam is one among the three principal Sanskrit works done over Ayurveda and is in poetic form. It was developed after the Charakha Samhita and Sushruta Samhita. It is also known as "Ashtanga Sangraha". It was written by "Acharya Vagbhata"  whereas Charakha Samhita and Sushruta Samhita are self authentic works which were independently created. Hence, called "Akara Granthas".

Acharya Vagbhata was a resident of Sindh, Pakistan and was an Ayurvedic practitioner. Several works related to Ayurveda are associated with his name.

Ashtanga Hridayam sums up the teaching of Ayurveda in a poetic form. It contains 7120 verses in Sanskrit language. The meaning of the term Ashtanga in Sanskrit comes out to be "Eight aspects" which signifies to the eight components that Ayurveda deals with

Some minor Samhitas of Ayurveda.

The above mentioned Samhitas were the principal Sanskrit texts that are majorly in consideration whenever Ayurveda is being taught. There are three minor Samhitas that are not as prevalent as the other three but still conclude a lot about Ayurveda

The " Sharngadhara Samhita" is supposed to have originated in the 15th century AD. This Samhita laid the foundation of the process of diagnosis by the means of pulses.

It is supposed to be written in the 16th century AD. This book teaches a lot about the characteristics of various foods, minerals and plants.

This book is dated around 700AD. This Samhita covers a wide range of diseases in the field of children, women, toxicology and kayachikitsa. It also explains the causes and symptoms of several disorders.

It is true that Ayurveda has been a crucial component for the development of India but still it hasn't flourished upto the expected extent. People in the 21st century are running for allopathic treatment instead of Ayurveda. Ayurveda is completely composed of Herbs and is one of the cheapest methods of treatment. In today's world, who doesn't want to save money. Hence, as far as concerned Ayurveda is one of the best methods that originated. And "What are the side effects of Ayurveda?"

The answer is NONE. Ayurveda has no side effects over the body, it is completely derived from nature and does only and only benefit to the body.

People all across the world know about the miraculous effects of Ayurveda but still it isn't the priority treatment among humans. On the other hand, Allopathic treatment is completely based on science knowledge that was developed a lot later and is still progressing.

Allopathy is the chemical based, modern science of medicine that believes in treating, suppressing the ill effects of the disease.

Allopathy means "opposite to the disease". Allopathy is purely based on acting or impacting the body in just the opposite way of the disease or symptoms. Allopathy was invented after quite a long span of time in comparison to Ayurveda. And even in today's world, Allopathy doesn't claim to cure each and every disease.

Allopathy is the term in Indian subcontinent. In western side of the world it is referred to as Modern medicine. According to the Modern medicine concept, they conduct numerous trails and select only that medicine that has a positive impact on a particular illness. Allopathy is purely chemical based composition. Inshort, the Allopathic way of working is completely based on modern science and concerns only on suppressing the symptoms of the illness by using various chemical composition and forming it into a "Medicine".

On the other hand, Ayurveda is an ancient form of medicine and focuses on living a healthy lifestyle for the well being of any individual. All the treatments of Ayurveda are nature driven and contain no product that could have any negative or inessential impact over the body. It believes in curing the illness upto the roots causing no harm.

Listed below are some of the advantages of Ayurveda over Allopathy that everyone is aware of but still ignores.

Advantage of Ayurveda over Allopathy

Ayurveda is a gem of India. It's a technique that was invented and evolved in the Indian subcontinent. It believes that the elements that make up the human structure are capable of curing it from any illness and their proper utilisation can lead the humans to a healthy lifestyle. People must support it instead of neglecting it and drawing towards other forms of western medicines.

How To Keep Pregnant Women Safe During Covid-19?