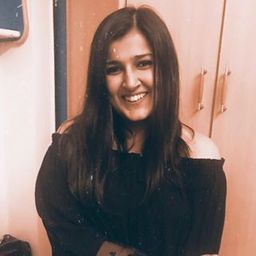 Eyes closed. Swaying your body slowly from left to right. Listening to the hazy yet distinct voices that almost whisper words that give a sense of nostalgia, melancholy or just a lost heart. Creating an ambient atmosphere through its reverbed sounds of the synthesiser and the echo like of the guitar, in addition to the breathy vocals, is the sub genre of Dream Pop. Leaving behind the superficiality of Pop music and instead inclining more towards the atmospheric elements of the music, Dream Pop, as the name suggests, gives us the dreamy kind of music which consumes us and takes us into a world of its own where one feels like they're floating amidst clouds of introspection and nostalgia, a lullaby of sorts.

The term was first used by A.R Kane member, Alex Ayuli, to describe the sound of their band. However, the flag bearers of this sub genre, whose origins can be traced back to alternative rock, neo psychedelia and goth rock, are often known to be the 80sScottish band, Cocteau Twins.

To give a better idea of the experience of Dream Pop music, lest one experiences it themselves (which is always better), I’ll attempt to paint an imagery that can help one imagine what the music does to you and your soul before going about it,

Close your eyes. It’s dark, pitch black, so you can’t see anything but only feel the nothingness around you. Yet, the moment the music starts playing you feel something warm and familiar come and embrace you, leaving you with a smile on your voice yet there is a hint of sadness in this embrace. You find yourself being lifted into the air, floating as the familiarity of the music and the emotions it seeks to convey hold you, as if to sing you to sleep. The music keeps on playing the darkness, although still there, starts feeling comfortable, so much so that all you need is to be cradled to sleep. The touch however starts to fade away and you know why there was a hint of sadness before, it was because it had to end. So the song is over and you open your eyes, but even though its over, it has left its impression and impact on you, leaving you wanting more.

Words cannot do justice to the feelings such music invokes in you. So, here is a list of my artist recommendations for the sub genre (a list which I like to call Soul Stirrers) along with one of their best songs, for anyone and everyone who wants to experience the dreamy world of Dream Pop.

And no, the music isn’t the type that will have an effect on you if you think of playing it only to do something else. Just close your eyes, sit back and let it work its magic!