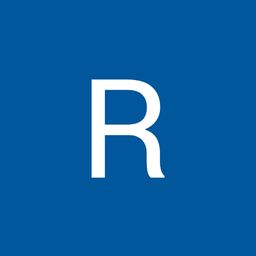 Once upon a time there lived a Sufi saint, named Baba Budan. He landed in Chikkmagalur, Karnataka in the 16th century with 7 raw beans from Mecca, while coming from Hajj. nearly four centuries from then, these beans today have become an indispensable part of the lives of millions of Indians. Well, what beans were they? They were none other than our very own coffee! The same coffee without which most of us can't really get going in the mornings and stay awake in the nights. All hail Baba Budan! ;-)

So coffee is definitely not a novel discovery in India. Even the Mughals were devout coffee lovers. Their penchant for coffee made coffee really popular in the Indian society. However, with the decline in Mughal power and rise of Britishers - who mostly consumed tea; the coffee culture slowed down in India.

But today after 200 years it is wondrous to see how a cup of coffee has affected so many Indians, especially those of the contemporary generation. There was a time, when purchasing a packet of Nescafe was a sign of fine elitism and today it has become a part of every Indian household. Coffee, in India has really come far. The urban India has witnessed a tremendous growth in European styled cafes. The versatility of coffee has become a catalyst in its own growth. Coffee combines sweetly with ingredients like chocolate and cream which further pleases the drinkers' palete. Be it a warm cup of espresso in the nipping winters or a nice cup of cold coffee to soothe in the sizzling summers, coffee has evidently become a go-to drink for a lot of people. According to statistics, there are around, a whopping 3200 major cafes in India; let alone the standalone non-branded cafes.

Beating tea in the Indian households is definitely hard but coffee has also created it's space today and I guess it is to stay for really long . In fact, tea should look out for coffee as it seems to have captivated the minds of the young Indians. It won't take long before coffee becomes the new tea!

Best Restaurants In Discovery Gardens To Have An Amazing Breakfast