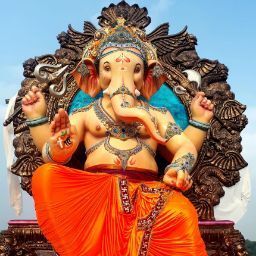 It’s a regular Monday morning and as soon as I enter my college classroom, I see people having a debate on who’s better ‘EMIWAY BANTAI’ or ‘RAFTAAR’. I had zero clue on what’s going on but being a curious mind and YouTube being my primary source of information I discovered that these two are rappers* who have been dissing* each other through their rap songs for various reasons. The music they used completely blew me of as I had never heard anything of that sort. The music they used was called beat boxing which was the only music they need to make rap songs. Once I started listening to more and more rap songs I discovered new artists like Naved sheikh (Naezy), Divine, Kaam bhari, MC Altaf, spitfire, etc. All of these guys were people coming from quite an humble background who grew up in slums like Dharavi,Kandivali-101,Andheri-50,etc and their lyrics mainly targeted on telling their life stories and their experiences in the world which was probably the best idea ever as it helped people coming from similar background listen to this kind of music as they were able to relate to it. The major contributor to their fame in the indian hiphop scene also called as the ‘DESI HIPHOP’ was the Mumbai slang they used in their songs which was something people from all walks of life who have lived in Mumbai could understand and have an exclusive feel of belonging towards it.

Rap is basically the combination of poetry with hiphop. Rapping as an art form was originally introduced by disc jockeys and urban black folk in the late 1970’s to basically talk about their lives and to talk about how they feel about certain things which they couldn’t talk about openly.

*What is the diss culture?

A diss track is a song which is released to insult and put a fellow rapper down. A diss track is often released as a response to someone’s diss track.The diss culture trend became immensely popular in hip-hop music, aggravated by hip-hop rivalry. This trend goes back to 1962 when Joe Tex released “You Keep Her” dissing James Brown. Speaking of emiway and raftaar scroll down to find out what happened*.

Thus, began the series of diss tracks by Emiway and Raftaar retaliating with Emiway releasing his first diss track ‘Samajh mei aaya kya?’ in which he claims that he’ s a self-made artist without any label. He raps, “Maine Janta kamaya chote samjh mei aaya kya”. But wait! this is far from over, so let me guide you through the songs which followed.

In this whole fiasco, there is no doubt that the public was thoroughly entertained as not only have the rappers become insanely popular, they’ve both made it into the consciousness of the public. As far as we’re concerned, this is reminiscent of a Bollywood drama with a tinge of masala but, it did help our desi hip-hop scene grow and now that they have our attention, we might even see some good tracks coming out of it!

Best Songs To Listen On Repeat