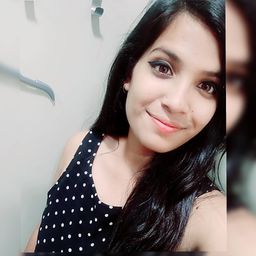 Have you ever done something wrong in your life? If yes, then have you accepted that you were wrong? Do these wrongdoings or mistakes teach you a lesson in your life?

Mistakes are an inevitable part of our life. The kind of mistakes we make define who we are. No one is perfect in this world and everyone, at some point of time; makes a bad decision which eventually hurt them or others. Mistakes are the best teachers in our life. If you have learnt from your mistakes, you’ll understand the real meaning of life. Every time we commit a mistake, we learn a moral lesson from it. Sometimes people commit mistakes unintentionally, they take some decision and don’t realize until their actions hurt someone but sometimes people make mistakes intentionally with the clear motive of hurting others.

But is it beneficial for us to commit the same mistakes again and again?

Every mistake that we made, helped us to become a better person. If we ever commit a mistake, doesn’t matter intentionally or unintentionally, it doesn’t mean that we’re an evil soul. It’s ok to make mistakes because we learn from our mistakes better in comparison to any books. But, if you’re making the same mistake, again and again, then it might portray you as a person with wrong intentions.It is easier to forgive someone’s mistakes if it happen once but making the same mistake again and again is stupidity and foolishness. Don’t repeat your wrong doings otherwise they will definitely hurt you someday.

Making a mistake will not make you a bad person but not accepting it will.

If you know that you have done something wrong than you should have enough courage to accept it. If you want to learn from your mistakes you have to put yourself in a situation where you can make mistakes in the first place, have the self-confidence to admit them and after accepting them you should make certain changes in yourself. But if you’re not accepting your mistakes then you’re not going to grow in your life. Sometimes, it’s tough to accept your mistakes in front of everyone because of the fear that everyone will start judging you. Like, if you failed in a class test and if you’re accepting your weakness it will not make you look like a failure. But knowing that you have not put in effort and repeating the same thing would make you look like one. Sometimes, it’s difficult but always thinks of the positive side of every situation. These situations make you a better and a stronger person. So, never be afraid from doing something new because if we’ll make a mistake it’ll let us know what you can do and what not. Never fear to accept them because they’ll never bring negativity in your life. They’ll always make you a better, strong and a confident person.

How To Reinvent Yourself?

Journey: Past And Future!

"What You'r Is You Are Enough"