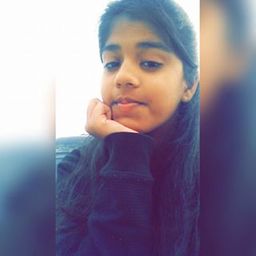 International Women's Day is now a global day commemorating us of the social, economic, cultural and political struggles and achievements of women in this last century.However, it's not such a "celebration" as campaigns like ExtraordiNAARI, a campaign started by Indiabull (which ironically, don’t offer any specific loans to women) will have us believe. Instead we need to use the day for a new discussion on gender parity.

We didn't get this day in a day. Women's oppression and inequality and the problems faced by the working women across the globe over many decades caused the first women’s day on 28th February 1909 by the socialist party of America to honour the strike offemale garment workers and in 1910,the socialist international organized a meeting in Copenhagen that resulted in marking the women’s day (19 march, 1911)in Austria, Denmark, Germany and Switzerland where more than one million of women and men attended the rallies. It also become a mechanism for protesting in world war-I. Against the backdrop of war, the women in Russia protested for "bread and peace" on 8th of February, 1917 and after four days the government granted them the right to vote resulted the United Nations to mark this day dedicated to women of allaround the world. As the Un's 2019 theme says #balanceforbetter. This day is also supposed to normalize equality between men and women. But is it doing so?

Unfortunately, at the same time, the day is a reminder of the discrimination and inequality that still continues to plague our pseudo-equal society. We have to think, “is the day really fulfilling the purpose for which it was started or has just become another way of commercialization”?

Equality and empowerment share a cause-effect relationship. How can we imagine women to be empowered without giving them equality.Why don’t i have the freedom to choose a career of my choice, no matter if i wish to become a youtuber or teacher? Why can’t i get the equal share of my parent’s property as my brothers have(in the eyes of our society)? Why am I not considered to have equal pay for the same job?

We always talk about how the ratio of women and men is quite unbalanced in the workforce and even more gap in the business ratio. Women hardly have access to training besides low rate of financial literacy and a gap in financing for women entrepreneurs operating beyond the micro level, women in India have difficulty in getting loans to develop their businesses. Even if they manage to secure loans, many struggle to manage it. If women won't be employed, how can they be empowered?

After considering all these facts, i think I’ve shown you how the women’s day is genuinely an empty celebration. We are at better position than before but we have a long way to go. As Malala Yousafzai has said, “We cannot all succeed when half of us are held back." More than 48% of our population is Women and if they’ll remain behind, and how can we as a nation move forward? At present, the government has over 27 schemes for women operated by different departments and ministries. But, this is not sufficient, we need more efforts.

A recent report by the World bank that India can grow in double-digits if more women participate in the product line of the Indian economy.It is high time now when we have to come up with real solutions, the laws for women must come in implementation, not such campaigns made for the sole purpose of the promotion of the companies. We, as a society, need to come in front and provide a safe space to women and accept the fact that we are not inferior to men in any way. Until every women will feel empowered in the truest sense, the celebration of women’s day is just a formality.