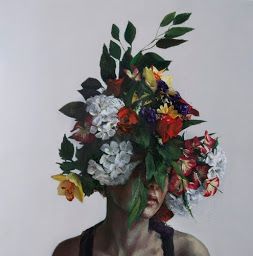 ‘Hallyu’ or the ‘Korean wave’ refers to the growing popularity of the Korean culture across the globe.

Gained recognition in the late 90s, Korean culture is one of the highly accepted cultures throughout Asia. Its emergence is a result of not only the music, Kpop, which is a genre catching up with most of the teens today, but also their cuisine, language, television drama, cosmetics and fashion trends.

South Korea is one of the only countries in the world that is world’s leading exporter of popular culture. It is a way for Korea to develop its “soft power”.Soft power is a term that refers to the intangible power a country wields by attracting others towards it.

The most influential factor in the hallyu has been the Korean popular music. In 2012, Gangnam style by PSY broke the internet for its dance moves. India too has come to acknowledge a lot of kpop stars like big bang, exo, bts. Train to busan, is a Korean movie which we all have heard of.

In early 2000s ‘Boys Over Flowers’ a romantic comedy drama swept the teens and It still is the first show every Korean fan is introduced to, starring Lee MinHo, who is every teen girls Korean hero.

If you have ever encountered a Korean fan, you must have heard them using terms like óppa’’hyung’ ‘chingu’. ‘’Aegyo” is a cultural term associated with the cute behaviour, actions and the fwaces one makes. It is accepted as a sign of affection and youth with relation to cuteness. Just like kawaii in Japan.

Korean cuisine is well known for its sea food and side dishes it offers. Kimchi, the Korean version of Indian pickle which is spicy and usually served with every dish, it is made of fermented radish or cabbage. Soju, is a Korean alcoholic beverage made from rice or sweet potatoes. Fish cakes, rice cakes are a few popular snacks to much on in Korea. Korean dishes are highly appreciated for their high nutritional content.

South Korea’s ministry of foreign affairs organises an annual event, “Kpop world festival”. After going through a few preliminary rounds, fans of Kpop are invited by the South Korean government to take part in the final round of the competition held every year in Changwon.

Chuseok is a major harvest festival and a threeday holiday celebrated by making special foods, particularly a certain kind of rice cake called songpyeon. Another Chuseok tradition in modern-day Korea is that of gift-giving. Chuseok is like the Thanksgiving of korea.

"We dont have enough resources and heritage because of the war, so we need to be competitive all the time. We mix Korean culture with american style and asian style, this makes k-pop special. If our k-pop idols want to debut, they need to practise hard for more than 4 years in an entertainment company."

Is K-Pop The New Global Sensation ?