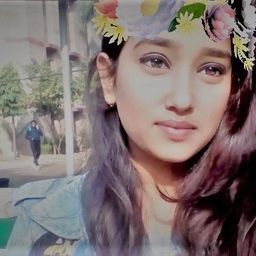 Bollywood is the latest example of toxic masculinity as it makes us believe in using imaginary masculinity in real life. Bollywood plays a significant role in generating such a harmful, stereotype mentality. They are trying to promote the idea that only males can be authoritative, emotionally strong and the one and the alone who can feed their family. But especially in India, the Bollywood industry is a stream is not only an entertainment industry but also influences our lifestyles, which has so many consequences in return.

Bollywood’s representation validates the socially immersed toxic norms, and usually, people perceive it as a daily consideration and use it as a representative of typical relationships and as power dynamics. In Bollywood, males are depicted as macho, the protector of women, angry and irritable, they are independent thinkers and decision makers whereas women usually shown as a secondary character who are domestics women and are domestic divas or mostly shown as sex objects in the movies. The representation of women in films is more likely to be physically weak, emotional, and reliant on male characters for everything.

We can see the fear of man for losing to a woman, for example; in the movie Kuch Kuch Hota Hai (1998), where Rahul jokes to Anjali that girls cannot play basketball because he has a fear to losing to Anjali. It is quite clear from a dialogue from a movie Mard, which says, Mard Ko Kabhi Dard Nhi Hota, which clearly directs that for man there is no place for emotional vulnerability and empathy.

Also, most of the movies of Sunny Deol, it only consists of dialogues like, “Mard banne ka itna shuak hai to …… kutto ka sahara lena chor de”, which also shows the masculinity and machoism. This literally indicates that being a man is a sign of being superior to others.

And the latest example to describe the toxic masculinity is Shahid Kapoor’s Kabir Singh, in which the very first incidence of masculinity happened when Kabir Singh landed on one of his friend’s house for a planned hook-up, but for some reason the girl changes her mind and asks Kabir to leave, but Kabir Singh angrily threatens her with a knife, telling her to remove her clothes. Kabir Singh as a character is very unconventional, physically abusive throughout the movie, demanding and treats everyone around him very badly, druggist, decision maker for the girl was immensely wrong, being authoritative, kisses the girl without her consent, shattered the self-esteem of women just for being comical. The girl in the movie is shown as a typical girl who can’t defend herself, cannot object to anything, there is very little dialogue for her throughout the movie. Ultimately the female character has no spine of her own, throughout the whole movie she just sits, cries and waited for Kabir. It feels like Kabir has ownership of Preethi. Kabir Singh is a great fiction and not needed in real life.

Bollywood and society have to understand that after all the years of struggle people are now started to talking about consent and now if they watch movies like these, then what is the benefit for such a struggle. There is no need for showing characters like Kabir Singh and no need for doing the great show-off of masculinity.