R Vs Python, Which One Is Better For Future? 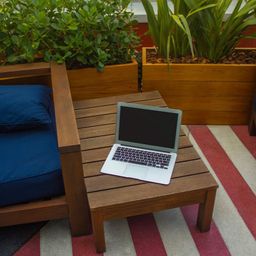 If you are into Data Science, the two programming languages that might immediately come to mind are R and Python. However, instead of considering them as two options, more often than not, we end up comparing the two. R and Python, are excellent tools in their own right but are very often conceived as rivals. If you type R vs Python,in your Google search bar, you instantly get a plethora of resources on topic which talk about the supremacy of one over the other.

One of the reasons for such an outlook is because people have divided the data science field into camps based on the choice of the programming language they use. There is an R camp and a Python camp and history is a testimony to the fact that camps cannot live in harmony. Members of both the camps fervently believe that their choice of language is superior to theother. So, in a way, divergence doesn’t lie with the tools but with the people using those tools.

Why not use Both?

There are people in the data science community who are using both Python and R, but their percentage is small. On the other hand, there are a lot of people who are committed to only one programming language nut wished they had access to some of the capabilities of their adversary.

Overview of R and Python

Let’s have a look at the various aspects of these languages and what’s good and not so good about them.

Since its release in 1991, Python has been extremely popular and is widely used in data processing. Some of the reasons for its wide popularity are:

Has a lot of extension and incredible community support

Simple and easy to understand and learn

However, Python doesn’t have specialized packages for statistical computing, unlike R.

R’s first release came in 1995 and since then it has gone onto become one of the most used tools data science in the industry.

Consists of packages for almost any statistical application one can think of. CRAN currently hosts more than 10k packages.

Performance wise R is not the fastest language and can be a memory glutton sometimes when dealing with large datasets.

PypeR provides a simple way to access R from Python through pipes. PypeR is also included in python’s package index which provides a more convenient way for installation. PypeR is especially useful when there is no need for frequent interactive data transfers between python and R. By running R through the pipe, the Python program gains flexibility in sub-process controls, memory control, and portability across popular operating system platforms, including Windows, GNU Linux, and Mac Os.

PyRserve uses Reserve as an RPC connection gateway. Through such a connection, the variable can be set in R from Python, and also R- functions can be called remotely. R objective is exposed as instances of Python-implemented classes, with R functions as bound methods to those objects in a number of cases.

Rpy2 runs embedded R in a python process. It creates a framework that can translate python objects into R objects, pass them into R function, and convert R output back into python objects. Rpy2 is used more often since it is one which is being actively developed.

We can run R scripts in Python by using one of the alternatives below:

This package implements an interface to python via Jython. It is intended for other packages to be able to embed python code along with R.

snakeCharmR is a modern overhauled version of rpython. It is a fork from ‘rPython’ which uses ‘jsonlite’ and has a lot of improvements over rpython.

The reticulate package provides a comprehensive set of tools for interoperability between Python and R. Out of all the above alternatives, this one is the most widely used, more so because it is being aggressively developed by Rstudio. Reticulate embeds a python session within the R session, enabling seamless, high-performance interoperability. The package enables you to reticulate Python code into R, creating a new bread of a project that weaves together the two languages.

● Calling Python from R in a variety of ways including R Markdown, sourcing Python scripts, importing Python modules, and using Python interactively within an R session.

● Flexible binding to different versions of Python including virtual environments and conda environments.

Both R and Python are quite robust languages and either one of them is actually sufficient to carry out the data analysis task. However, there are definitely some high and low points for both of them and if we could utilize the strengths of both, we could end up doing a much better job. Either way, having knowledge of both will make us more flexible thereby increasing our chances of being able to work in multiple environments.