Abrogation Of Article 370 : Strengths And Weaknesses 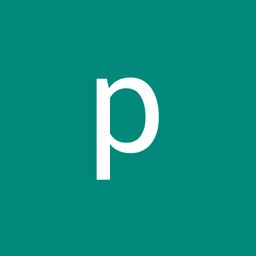 The most debated and controversial Article 370 was declared null and void based on a presidential order on 5th August, 2019. The State of Jammu and Kashmir was bifurcated into two Union Territories : Jammu and Kashmir with legislation and Ladakh without legislation. This historic decision taken by the Modi Government, generated much praise and enormous criticism at the same time.

Under Part 21 of the Constitution of India which deals with " Temporary, Transitional and Special provisions", the State of Jammu and Kashmir has been accorded special status under Article 370. Article 370 granted special autonomy to Jammu and Kashmir to have its separate constitution and flag. Article 35A under this defines Kashmir's Permanent Residence which prohibits outsiders from buying land and property in the state, enrolling in its educational institutions, availing government jobs and voting in its elections. The article empowered the citizens to enjoy dual citizenship of Kashmir and India. Centre's authority was limited to only external affairs, defense and communication.

Article 370 was the only instrument to call Kashmir legally the part of India. After the Partition, prominent Muslim Leader of Kashmir, Sheikh Abdullah negotiated with the Indian government and decided to join Secular India instead of Muslim majority Pakistan. The result of the negotiation was Article 370. But with the amendments made to the article by various governments that came to power, diluted it's special status. The process of erosion began back in 1953 when Nehru government removed Shiekh Abdullah from the office of PM of Kashmir under the suspicion of harbouring secessionist ideals.

Arguments Against the decision

Abrogation of the Article 370 is hailed as undemocratic and unconstitutional by the people of Kashmir, for implementing such a historic decision without their consent. People are afraid that they will have to suffer the double baggage of being a Kashmiri Muslim in a Hindu majority country. Thousands of troops were deployed in Kashmir Valley in the name of providing security, under a false rumour of terror attack. They were cheated and kept at house arrest and there was complete blockade of communication services. The entire Valley was in anguish and people are apprehensive about government's next move.

The government used a loophole to execute the decision when State Assembly didn't exist. Another criticism against this decision was that there was no debates and discussions regarding the Article and the Constitution was changed in no time. The government's move can be compared with fascism and dictatorship.

Arguments For the decision

People supporting the decision claim that the move will bring better integration in the country. Kashmiris will feel included in India and it will put an end to communal violence. Government also said that the decision will bring new dawn for the people of Kashmir as there will be massive developments in every field. With the abrogation of Article 35A, people from other states could now invest in Kashmir, which in turn will raise the price of land in the valley and improve the standards of living of the people.

Ideally the government's decision to scrap Article 370 can promote economic development, peace and social integration. Students can enjoy right to education and this decision can also ensure women empowerment. But the way the decision was executed, calls for greater criticism. The voice of the Kashmiris were suppressed and they were not given rights to express their opinions. The forced implementation left much psychological impact on Kashmiris' identity and ethnicity. Long term impacts of the decision is hard to predict but the need of this hour is to safeguard the interests of the Kashmiris and provide them peaceful conditions of livelihood.