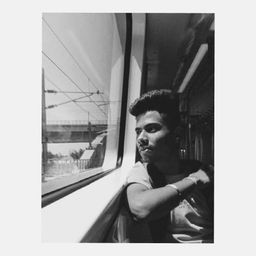 "Cricket ka crown" mauka mauka" and many more. There are many advertisements just like this which shows our love for our religion. Yes, these all advertisements are related to cricket. We live in a country where cricket is not just a sport but it is a religion. We pray for the winning nation more than anything else. In this nation, we do so much for cricket that we didn't do for any other sport. Everyone knows that our national game is hockey and kabbadi is a game that we had discovered in our nation but still if you even ask a kid about which sport he like the most. Without the delay of a second, he will answer cricket. Cricket is the most preferable sport in our nation. In our nation, there is a saying that in a cricket team there are not just 11 Indians but it has 33 crores Indian in the team

In our nation cricket is a religion and Sachin Tendulkar is known as the God of this religion. Every Indian cricket player wants to be like Sachin as Sachin is not just a name but it is an emotion. Not even in India but I think all over the world every batsman want to be like Sachin. And the second name that comes in our mind when anyone says the word 'cricket' is Virat Kohli. As Sachin is the God Virat is known as the king of cricket. Not just a cricket player but every sportsperson follow Virat as his role model as he has such an inspiring story. These are just two name just like our 33 crore gods we have a lot of cricketers who changed the definition of cricket in this nation Rahul Dravid, M.S.Dhoni, Rohit Sharma, Shikhar Dhawan, Sunil Gavaskar, Anil Kumble, Jasprit Bumrah, the legend Kapil Dev and so on there so many great players in this nation that if I start naming them it will take a whole day to complete that list.

The journey of this cricket not as a sport but as a religion started in India after winning that historic 1983 world cup. In this nation's history, this date is remarked as a historic date because on this day India win there first ever world cup by defeating the strongest team Western Indies. And this world cup gave the rising cricketers motivation. And from that day cricket start to reach the peak and now not only in India but in the whole world. Cricket is the most preferable sport. In India, the next most historic date is the day when India won its second world cup after a wait of 28 years. And the whole credit goes to the man behind the stumps and the man who made one of the strongest teams in the world M.S.Dhoni and again in 2011 this Indian cricket team proved itself by winning the world cup again and again the man behind the stumps was one of the reasons behind this win.

A Note Of Thanks