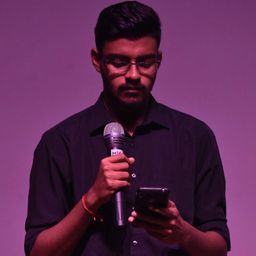 14th July 2019. Several people watch the TV screen with bated breath alongside their friends, families, co-workers. The teams on the field, New Zealand and England, gear up for the final ball to be bowled at the Cricket World Cup final. Two runs to get off the last ball of the Super Over, a one-over eliminator that takes place if the scores of both teams are tied at the end of the initial 50-overs. New Zealand's Martin Guptill takes strike, while England's Jofra Archer runs into bowl. Though Guptill manages to get bat on ball, he is run out before he gets back for the second. The scores are tied in the Super Over as well, but England have won the World Cup because they managed to score more boundaries.

Fast forward to a little over two weeks later, the decision is still an area for debate because it hands the advantage to power-hitting batsmen, rather than those who build the innings through singles and doubles, bowlers who put in just as much effort or fielders who quite often go unnoticed. Much of it has also stemmed from the fact that New Zealand, under their captain, Kane Williamson have always been the good guys and that warranted plenty of compliments and support worldwide. A major proportion of cricket fans online seemed to lend their support to New Zealand in the final. However, it wasn't to be and they lost on cricket's biggest stage due to an unlucky technicality in the rule books. That's the first lesson we can take out of the final. If talent, attitude and opportunities alone led to victory, everyone would be a winner and the value of victory would be wiped out of human knowledge. As much as people hate to admit it, luck counts and will decide the eventual outcome.

The manner in which the New Zealand players conducted themselves throughout the tournament and especially after the final also attracted positive reactions from people. They had no complaints about the rules which caused them heartbreak. No on-field arguments with the umpires or referees. No off-field controversies in press conferences or otherwise. They were just players dedicated to the sport and their nation, who realized they had an extremely unlucky day despite doing everything they could and now had to move on, slowly and steadily. They were led from the front by Williamson, a calm-headed captain who never let his emotions get ahead of him. Neither did he undermine his own team, nor did he criticize or overpraise the opposition. He was a true leader in every sense and he seemed to have transferred those qualities to his entire team as well. That is what a true leader must do, in any field - portray the qualities that will bring them and their teams close to and perhaps, even help them accomplish their goals, and also be placed in the spotlight for the right reasons.

There is plenty to learn from the English side too. Four years ago, in the previous World Cup, they found themselves knocked out in the group stage. The side seemed to have hit a new low, prompting several changes. The tried and tested formula followed by English cricket for the longest time was disbanded and changes were brought in. Eoin Morgan, the skipper began emphasizing the importance of a balanced strategy that combined aggression, in the form of attacking stroke-play and fiery pace bowling, and calm-headedness, in their willingness to keep their head in the game at all times and the respect for their opponents. The results followed this brand of cricket as the Englishmen managed an incredible record in One Day Internationals coming into the 2019 World Cup. An added advantage was the fact that it took place in home conditions, but the team knew familiarity alone wouldn't guarantee success. They had to grind in to get the results and the tournament final was the biggest example of the struggles they went through to eventually lift their first World Cup, several decades after founding the sport itself. The character shown by the board and the squad is the biggest takeaway from the English side, for whom everything fell in place in the end to secure a triumph on international cricket's biggest stage at the "Mecca" of Cricket - the Lord's Cricket Ground itself. The willingness to make changes when things don't seem to go your way is embodied by the English cricket team

Cricket has produced several role models over the years. But quite often, we forget how many lessons go unseen to the naked eye in this swashbuckling sport that continues to engage audiences several decades after it began. Time and again, the importance of teamwork, quality leadership, flexibility and many other learnings are hidden under the entertainment. We only need to look at a match a little closer than as just a contest of batting, bowling and fielding between two teams of eleven members each.

Top 3 Most Controversial Matches In Cricket