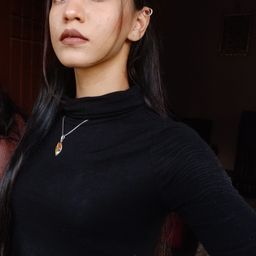 We read books, watch movies and understand theories understand where and how the universe originated. However, it is hard to understand because the word universe is more complex than it seems. It’s not something that can be explained through a book, or a single theory. The universe is a cluster of million things revolving around.The universe. It sounds like a larger than life. It is, in reality too. Probably one of those words which adds a spark to our moments whenever we use it. Can we call that as a feel good word? I think so. Maybe something even better than feel good would do. We've marveled at the existence of our dear universe. We've argued diligently for centuries as to its origin. And we've dreamt about it in many ways. Maybe we weren't just born to live, work, get our pay, spend it and repeat the same after all. You can probably cut the live there if you feel so. I've always felt a certain affliction towards the helical bodies, puzzled on how they would've been formed millions of years ago before you and I and all our ancestors were born.

There are a lot of theories of how it (the universe) actually started. The Greek philosopher, Aristotle, and his associates believed in the universe were static and unchanging with time. Now, the leading theory of the origin of the universe is an event as Big Bang. Although there are mixed reactions from the scientists still this theory is widely accepted by widely accepted by scientists. This theory was made by the facts we have today about universe origin.

It is the gray matter within our brain that keeps us attaining new frontiers in different scientific and technological fields. One such field is astronomy and space exploration. Astronomical traces can be found in India, China, Greece, Egypt and Rome from the 6th century BC. It was in human minds nature to question our life in a vast world where this knowledge was born.

We have reached this point and we are certainly going to move into a future of a more advanced civilization. Space is meant to be conquered, we are a part of it whether we're alone or whether we live in this universe with a lot of other supreme entities, we are set for a future of the new discoveries and developments. After all the words of Carl Sagan: “Somewhere, something incredible is waiting to be known.”

What are your thoughts on this?