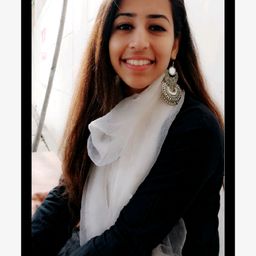 In the historic times, the 6th ruler of Mughal kingdom used to kill many Hindu people under the feet of elephants.

Why did he used to do this immoral practice?

There is always a kind of heat between whites and blacks of South Africans.

Why these two groups have huge level of social difference?

This is due to the unacceptability of each other’s views. This is known as Intolerance.

Intolerance is the unwillingness of accepting beliefs and behaviours of someone related to another cast or religion with different customs. It does not allow people to live with equality, indiscrimination, freedom, or other social rights. It makes people angry and violent to each other.

Tolerance results in equality in the society even after the existence of diversity in country like India.

William Ury notes, “tolerance is not just agreeing with one another or remaining indifferent in the face of injustice, but rather showing respect for the essential humanity in every person.”

It helps the people of different groups to resolve their differences in understanding manner.

Why does Intolerance happen?

It arises due to many reasons.

·Generally religious matters are the major reasons in the society for intolerance which divides the nation.

·Bad education or limited education is a major cause. As a child, individual attitudes towards other person of different community can be influenced easily. So, the person should be well educated.

·Stress happening in day to day life can even irritate someone and make them intolerant on tiny matters.

·Feeling of jealousy and ego when comes into act, makes person intolerant.

·Narrowmindedness also contributes in this as the person makes a stereotypical image about another person.

Effect on our society?

·It creates a sense of fear and anxiety amongst people as it results in violence between the different groups. This makes them insecure in their own place.

·Even causes exclusion of those who are not a part of that community i.e.- existence of non-Muslims in the Muslim state or its opposite.It destroys the society and does not give chance to thing positive about anything happening in world.

·It divides the people within the nation and creates the condition of disrespect, enmity and war in the society between people of different cast, religion and practices. It puts neighbour against neighbour by creating disbelief to each other.

Even statement of a Bollywood actor, Aamir Khan, about the growing intolerance in India was very surprising to everyone as he has made such a serious comment. India is a country where no one can blame that people here are developing intolerance as everyone has proper understanding to each other’s religion and practice.

India is the best suited example of an idiom called “Unity in Diversity”. It is the country where people of different cast, creed, religion, custom, culture and tradition are living together for years without any difference. They celebrate their festivals with great enthusiasm and without any meddling of people of different group. They have proper understanding and respect to each other’s beliefs, custom and practices. Citizens of India have the quality of tolerance which provides them ability to live and let others live.

How to deal with intolerance?

·Intimate inter-group interaction develops personal experiences to each other which increases tolerance. It helps people to express their needs and interests.

·Media should select positive images to promote tolerance and understanding towards cultural sensitivity.

·Any one should not be discriminated on the basis of caste, creed or opinion. Everyone should be one par.

Guru Nanak Devji, the founder of Sikhism was an obvious rejection of both Hinduism and Islam, especially the caste system. People of all classes and castes came who had been depressed and for generations undersocial system joined the army of Khalsa’s raised by Guru Gobind Singh ji.

InHinduism, the first virtue to be practiced is ahimsa, the doctrine of non-violence, which is also part of the Buddhist andJainteachings.

All these kinds of indiscrimination lead to tolerance.

·Education is the best way to promote tolerance and peace in the society. Students should be provided tolerant environment in the school so that they can respect and understand different cultures. They should be taught to accept differences in the society.

Knowledge is the key to avoid going down this path.

Intolerance is itself a form of violence and an obstacle to the growth of a true democratic spirit.

Values Of Tolerance, Respect And Understanding