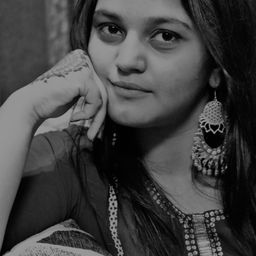 Priyanka Chopra has given global domination a new name in her own sense. Priyanka has engraved her cap with enormous feathers throughout her journey. She has influenced so many young girls to love themselves no matter what beauty standards are approved and not approved. Chopra started her hard earned journey by becoming Miss World 2000, afterwards she became a face of bollywood and was an upto the mark actress throughout her career. In 2014, she took another step in her peak career status and starred her own produced show Quantico, where she played a role of an FBI agent. Later she appeared in Baywatch with Dwayne Johnson and Zac efron . Priyanka chopra has so far managed to keep her name highest on the A-list actors in both hollywood and bollywood. No actress has ever been so versatile in her career business in Bollywood like Chopra has turned out to be. She made the world cinema industry dazzle with her sexiness and confident up to the mark acting skills. She became a part of different other movies like Isn't it romantic , as well as a second season of Quantico aired worldwide , which was again a hit machine. Priyanka has been shining in hollywood as a newbie right now but she is managing herself with a great team of image consultants , make-up artists and a very versatile PR team.

Chopra has been on a rampage of influencing and charity work like never before. Recently, Chopra got married in a hush hush ravishing wedding ceremony in Udaipur, pop singing sensation Nick jonas. The wedding took place in white as well as Indian tradition. Chopra wore a Ralph lauren gown during her white wedding and a gorgeous red Sabyasachi lehanga in her traditional Indian wedding.

She was spotted in Met gala 2017, 2018 and 2019 as well. This time she wore a feathured thigh high slit dress from Dior with her husband Nick Jonas. Met gala had the theme of " CAMP -NOTES ON FASHION" , which signified the extravagant dressing styles and this entire event is held for charity as well. Priyanka has always been extravagent with her styling and designing. She was dressed in a feather dress with her iconic 'Bindi' , which made the ethnic look surreal. She managed to look extravagant and fully different than ever before. She has earlier dressed in Trench coat from Ralph Lauren as well. 2018 Met gala was star studded with the red look she chose for her demeanor. She never stops to make her own way with fashion , career as well as her own personal life as well as.

Priyanka chopra has worked with the major actors of Bollywood . she has worked with Sharhrukh khan in many movies such as sequel of Don series, a guest appearance in his movie Billu and so many others. She has worked with Aamir khan and Salman khan also. She has worked with Akshay kumar as her best ever performance in Aitraaz , which made her gain a lot of fame as well as brilliant scripts too. The last superhit series of bollywood, which she was a part of were Krish series, Gunday and Dil dhadakne do. Dil dhadakne do gained a lot of appreciation and topped the blockbuster box offfice list too. Further she acted with Zac efron, Dwayne Johnson , Rebel Willson, Liam Hemsworth in Baywatch and Isn't it romantic respectively. She is planning to get more and more scripts in hollywood as well as Bollywood too.

Oh, Bollywood: What Could've You Been