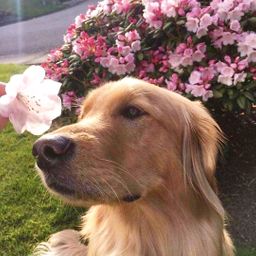 World music day is celebrated on 21st June every year, it was founded by Jack Lang and Maurice Fleuret in 1982. On this day the beauty of music is celebrated by organizing free music events to make it accessible to a large audience. It started in Paris but rapidly reached to the rest of the world because music knows no language, it's universal.

Ever wondered how monotonous our lives would have been without music? Music lights up our souls and adds happiness to our lives.

And for this gift of true bliss, I'm going to thank 6 great musicians of India who have contributed to making the Indian music world famous.

He made a major contribution in popularizing Indian classical music in the west through his association with The Beatles.

Born to a legendary tabla player, Ustad Allah Rakha, he definitely inherited the love for music.

One of the nine jewels in the court of the Emperor Akbar, Miyan Tansen is regarded as the greatest musician that India has ever produced. He played a vital role in the creation of North Indian music.

The master of Shehnai, Ustad Bismillah Khan was the one who made the instrument famous through his music. The awards he won includes - Padma Bhushan, Padma Vibhushan, Padma Shri, Bharat Ratna and many more.

He played in National events, such as the first Independence Day and the first Republic Day of the country.

The great santoor player, pandit Shivkumar Sharma has made the instrument famous through his art. He has made a mark in the world of popular film music.

He is the recipient of various honorable national and international awards which includes Padma Shree, Padma Vibhushan, Sangeet Natak Akedmi Award to name a few. He is in this profession since 1955 and as largely contributed to Indian cinema by providing brilliant compositions.

He is a composer and singer of various songs in Indian cinema, he began his career in 1990's with a Tamil movie.

Music Is My Soul

The Beauty Of Music...