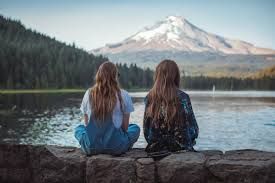 We always have a hundred thousand complaints of what the country sucks at and how our oh-so-productive leaders are pretty much good for nothing. Videos of these great leaders go viral almost as fast as the memes of #jcbkikhudayi. Parties are formed and disintegrated. Some betray their own party and join rival groups. Some reveal their moral ticking clock by revealing the black secrets of their own parties.

The public goes nuts on petty issues. Particularly during elections, news channels are flooded with news of the upcoming elections, which party is planning to do what, which leader is going to meet whom and where, and what could possibly be the outcome of their actions. Their daily life news becomes breaking news and no one bothers to look at what is going on in some other part of the country. Sports news matters no more, nor does the weather. Market updates and inflation goes down the drain and all the public want to know is which party is successfully establishing their monarchy in which place.

The last few months before General Elections, every party goes head over heels to develop and clean their legislations and cities and towns falling under it as if a bride being given a makeover right before her wedding; s brand new woman for a brand-new wedding. People as always are again fooled into believing and accepting that the previous ruling party is actually doing something productive for them and are easily influenced. Then after the elections are done and over with, they lament on their decisions and the cycle repeats happily every five years.

And two years later, things go from bad to worse and again we start complaining about where what is going wrong and the government is doing absolutely nothing and that things need to change.

Things could’ve changed two years ago when the power was given in your hands and you could have actually done something about it YOURSELF.

Even right now, look into the mirror. Stand in silence and think for a while. You will feel the warning signs running around you. Be the change you know this nation needs.

If you have no idea where to begin with, just dive into the internet. Websites and platforms like change.org are there to give you the voice you need, the change you wish to bring. Look for petitions already running rampant. Browse through the petitions and you’ll see that people are finally beginning to raise their voice, not far from being heard by the authorities. Start a petition yourself if you do not see any on the issue that needs to be looked into. Begin and take the first step towards the change you want to see in this country because it is high time we took matters in our own hands.

The Greatest Showbiz Of India