A Few Animated Shows That Fell Between The Cracks 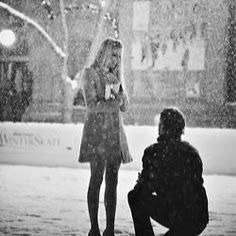 Miffy and friends was based on Miffy book series by Dutch artist Dick Bruna. The series focuses on the life of young rabbit Miffy. It is presented in a storybook style, with narration by Canadian actress/singer Cyd Vandenberg explaining the actions of non-speaking Miffy and her friends. The series lasted for three seasons with 39 epic episodes. When it was released in India, the show was dubbed in Hindi.

Looney Tunes was one of the most applauded show of its time, but no one remembered the show in which every fascinating character of looney tunes was a toddler and granny took care of them. It was a Warner Bros production. Aired on Cartoon Network it was trending from 2002 -2003. The characters were Baby Bugs, Baby Tweety, Baby Daffy, Baby Lola, Baby Taz , Baby Sylvester, Baby Melissa, Baby Petunia, Floyd Minton and none other than Granny. In 1997, Warner Bros. Animation announced a new show. It was originally under the name Lil' Looney Critters, but in April 1999 they changed the name to Baby Looney Tunes.

We find penguins in the cold regions but there was one that came to our place everyday. It was a stop motion clay animation series. It was centresd on a family of anthropomorphic penguins who lived at the South Pole; the main character was the family's son and title character, Pingu. The series ran for four series originally and was then renewed for two more series. Pingu was a worldwide hit. The language spoken wasPenguinese that consisted of babbling, muttering, and his characteristic sporadic loud honking noise, which can be popularly recognized as "Noot noot!".

Those were the days when it wasn’t Shinchan but Hagemaru. It was trending like a speedball. It was a Japanese series written and illustrated by Shinbo Nomura. It was story of a young kid Hagemaru and his ideas of saving money. The television series was a combination of 58 episodes. Because of its popularity, a game was also created for the Family Computer.In most of the episodes, the story revolves around his teacher (Miss Sakura) and his friends when Hagemaru goes to school. In the middle part of each episode, the top ten best stories are shown.

Recess was one of the most sensational show on Disney channel. The series focused on six elementary school students and their interaction with other classmates and teachers. The title refers to the recess period during the daily schedule, in the North American tradition of educational schooling, when students are not in lessons and are outside in the schoolyard. The series had 127 episodes and six seasons in total.

What Is So Special About Game Of Thrones?