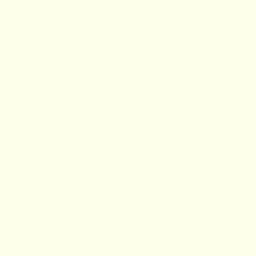 The concept of gender roles is not cast as a biological phenomenon, but rather a psychological and socially constructed set of ideas that are malleable to change (Levant & Wilmer, 2011)

Toxic masculinity is a socialised behaviour that upholds patriarchy by teaching boys to innate empathy and vulnerability for destructive behaviours like sexual domination, excessive risk taking; and not asking for help. This is not a subjective term for “bad men”.

However, in psychology, toxic masculinity refers to traditional cultural masculine norms that can be harmful to men, women and society overall. The concept is not intended to demonize men or male attributes. Patriarchy, is a form of social system in which males have the privilege of dominance over females and has continued to exist over centuries and we all still live under it which is a rigid dichotomy of gender roles. Traditionally, men are supposed to be strong and feel independent, unemotional, logical and confident; whereas women are supposed to be expressive, nurturant, weak and dependent. Today, young boys grow up believing that anger, empty aggression, and emotional unavailablity are what makes them a “strong” man. While teenage females faces restrictions to guard their modesty by not indulging in any sort of sexual intimacy , teenage males on the other hand are encouraged for their sexuality.

We live in a society which is under intensified pressure to display gender appropriate behaviours according to the ideal sex codes. Men strives to achieve their desired masculinity through any means, without spotting some of their actions as immoral, disgusting and unhealthy. This desire often leads to obsession. Increase in the number of rape cases, honour killing, domestic violence, child sexual abuse, overly sexualised attitudes and behaviours are all products of toxic masculinity. A survey held which tells us that, young men who conform to traditional definitions of manhood are more likely to suffer harm to themselves, as a barrier to mental health. Biologically men are stronger than women, they are stronger physically than women; but this fact does not allow men to channelise their power into something that isn’t healthy or might cause harm to women and society. This harm is violence. Physical violence does not solve any of our problem, instead it creates one.