From 'saarc' To 'bimstec' 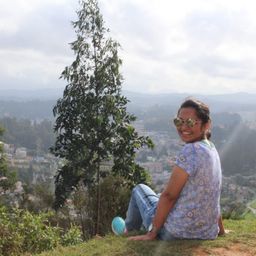 SAARC is an acronym for South Asian Association for Regional Cooperation. It is an intergovernmental organization and geopolitical union of South Asian nations, comprising of Afghanistan, Bangladesh, India, Bhutan, Nepal, Pakistan, Maldives and Sri Lanka. This organization was founded in Dhaka on 8 December 1985 while its secretariat is based in Kathmandu in Nepal.

This organization is dedicated to promote the welfare of the people of South Asia by assisting to improve their quality of life, to accelerate their economic growth, their social progress along with the cultural development in the region and to provide all individuals the opportunity to live in dignity and making them to realize their full potentials. It also aims to promote and strengthen collective self-reliance among the countries of South Asia, to contribute to mutual trust, understanding and appreciation of one another's problems, to promote active collaboration and mutual assistance in the economic, social, cultural, technical and scientific fields, to strengthen cooperation with other developing countries, to strengthen cooperation among themselves in international forums on matters of common interests, and along with it stress upon to cooperate with international and regional organizations with similar aims and purposes.

But on the grounds, all these years progress of the organization and accomplishment of its targets have been in a dwindling state. Despite that, when India helmed it in 2007, proved to be most productive year.

Further, as peace and prosperity has been elusive in South Asia due to political skirmishes and incorrigible behaviour of its member nations made it irrational to go ahead with SAARC. Particularly following the conflicts with Pakistan, and its continuous support to cross border terrorism lead to the cancellation and continuous delay in the summits.

Last summit that materialized was held in 2014 in Kathmandu and was attended by prime minister Modi and next summit after that 19th summit was supposed to be held in 2016 in Islamabad. But it was boycotted collectively by four countries led by India, following obnoxious terrorist attack in URI army base camp which culminated in the cancellation of the summit since then.

BIMSTEC another and older cooperation, stands for Bay of Bengal Initiative for Multi-Sectoral Technical and Economic Cooperation, while, idea of its origin dates back in 1997 in Bangkok but its permanent Secretariat was opened at Dhaka only in 2014. Its expenditure is contributed by its member countries, and India provides 33% of its expenditure. Other member nations being Bangladesh, India, Myanmar, Sri Lanka, Thailand, Nepal and Bhutan, in other words, an inclusive regional group of seven countries of South Asia and South East Asia lying in littoral and adjacent areas of Bay of Bengal.

Since there were problems with SAARC, and specially because of the incorrigible behavior of Pakistan over the germane issue of terrorism and in besides that also to build up diplomatic pressure over Pakistan, India sternly decided to concentrate more over the BIMSTEC instead of SAARC. The other reason to focus over BIMSTEC may be to play a major role in regional governance in south asia.

For now, India is looking forward to 5th BIMSTEC summit to be held in Sri Lanka.

How To Make Your Bhutan Trip Memorable

Kriti A
Kriti A
13 views