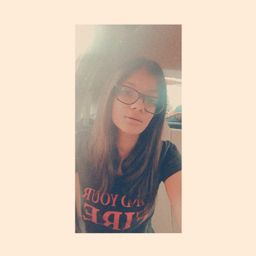 The kind of close relations India has shared with Nepal historically, has not been shared with any other country. Not only can Indians and Nepalese can cross each other’s borders without a visa, they can also reside and work in each other’s countries.

But lately these relations have begun to sour over. As recently, the prime minister of Nepal claimed that India is responsible to spread coronavirus in India. Furthermore, He accused India of occupying some area in Nepal. A border dispute is brewing between both the countries.

Let’s decode this controversy, there are two main events that led to the breakout. First event of NOV 2019 where Indian government issued a new map of India. In which the region of Kalapani claimed to be under India, which triggered the Nepal government. The second event was on 8th may 2020, when the Indian Defence Minister instated around 80km new road. It goes along the India-Nepal Border through this disputed area up till Lipulekh. After this inauguration, the Nepal Government got upset as they believed this area comes under Nepal. According to them, India should have at least consulted Nepal first and worked out an agreement before doing this. In response, the external affairs ministry of India said that this area completely comes under Indian territory and therefore they did not hold a consultation with Nepal.

But situations began to deteriorate when protests regarding this flared up in Nepal and they produced a new map in which the disputed region was included in Nepal.

Let’s see the why this area is actually disputed and to which country it rightfully belongs to. Around 200 years ago, when India was under British rule, a Treaty of Sugauli was signed- to decide which areas would be controlled by the Britishers and Kingdom of Nepal respectively.

Some years later, the Britishers realized that the extra piece of land held a lot of strategic importance so after 30-40 years they introduced a new map in 1865. In the new map the smaller river was used as the boundary. The kingdom of Nepal had no problem with this at that time, because it was a small piece of land and almost no one lived there. It was an extremely difficult terrain. And that was considered the border from then, until India got its independence and even after that.

Democracy came belatedly in 1990, before that the monarchs had no problem with the unofficial border. They kept this area out of their government maps. But as the democracy prevailed, they got access to historical papers. Soon they started putting it under disputed area.

Now, the question arises that- Who is Right? INDIA OR NEPAL

If we go according the Suguali Treaty, then Nepal is right. But if the situation is view practically and historically, then India is Right.

As per the latest update, India has assured Nepal that the foreign secretaries will meet and take forward the border delineation exercise under the existing mechanism, once the threat from covid-19 dissolves.