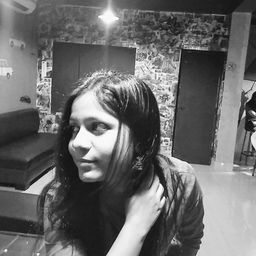 The film Kabir Singh released on 21st June, 2019. It's a remake of a Telugu movie Arjun Reddy(2017). The film is written and directed by Sandeep Vanga. The film has become the year's biggest hit and has done RS 275 crores business. However, the film got mixed reviews from the audience and critics. The major criticism of the movie revolves around the issues Of abuse, power, gender, and justice. There are some scenes which are really not relevant according to some audiences such as, when Kabir slaps Preeti. It's a two hours and fifty five minute film but it didn't bother the audiences. The chemistry between Kiara and Shahid is really outstanding. On screen, their romance is so fresh that it didn't look that they are acting. In this film, the protagonist is shown very rude as he loses his temper and even when the maid breaks the glass, he chases her. Especially on youngstars aged 18-30years, the film impacted greatest because they can relate the situations of Kabir Singh with them.

There are certain things you can definitely learn.

1. Let your talent and skills speak before anything else. Be focused in your career, future even when, you are into relationship.

2. Never lose hope and have faith in yourself.

3. Be clear with your intentions and never play with someone's true emotions. In the movie he runs away from the actress when she confesses her true feelings for him.

4. Elder brother is your bestie.

5. Be careful when you are trimming

6. Behave yourself when you are at your girlfriend's place

7. Always inspire others in life like kabir has inspired Preeti to study always

8. Don't lose the true friends like Shiva. True friends are really hard to find. Learn to value your friends

9. Be your true self

10. His passion for his career is so strong that being unconscious during surgery, he guided the nurse to perform the surgery

Kabir Singh is a welcome change from stereotypical love stories. This love story however is on different level. His psyche and behavior are dominated by his irrespressible anger and desperate need to be in charge of the women he is obsessively in love with.

I feel that it's high time. People should enjoy movies or art the way they are than pushing or injecting their toxic views on it. Kabir Singh is manly, loving, very caring, warm, passionate, high spirited surgeon who is too clear in his truth and lies ahead and at one point becomes so self destructive to end up his agony of bad fate with his own hands. Kabir Singh shows the reality of love life - true love never ends.