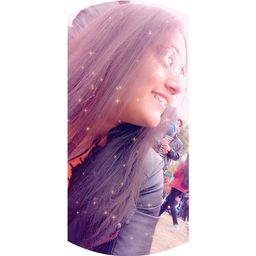 “Swaminathan and Mani stood as if glued where they were and watched the train. The small red lamp of the last van could be seen for a long time, it diminished in size every minute, and disappeared around a bend. All the jarring, rattling, clanking, spurting and hissing of the moving train softened in the distance into something that was half a sob and half a sigh.”

Swaminathan is ten years old and life for him consists mainly of having adventures with his friends.

Introduction to the Book

‘Swami and Friends’ by R.K Narayan (1906-2001) is the first of the three books written by him. The novel was originally published in 1935. Swami and Friends is the story of a 10-year-old boy, growing up during the colonial time, the pre-independence days .The novel is set in the British Colonial India, in a fictional town called ‘Malgudi’. The text reflects upon his journey from the innocent mischievous phase to the phase growing pains and maturity. He first studied at Albert Mission School before migrating to the Board High School. The school was built by British colonizers. His life is drastically changed when Rajam, son of the Police superintendent, joins the school and become friends with Swami. The book registers all the small confusions and dislocations of the child reaching the end of an idealistic childhood and facing the grave challenges of adulthood.

The novel begins with an introduction to Swaminathan and his four principal friends – Somu, Sankar, Mani and Samuel, the pea. The difference in the personalities of Swami and his friends only strengthen their bonds over time.

“Swami had two different attachments: one to Somu, Sankar and Samuel, a purely scholastic one, which automatically ceased when the school gates closed. His other attachment was more human, to Rajam and Mani.” (quoted from the book)

Swami lives with his father, mother and grandmother in the house until his baby brother is born. The balance in the house gets disrupted on the arrival of the baby, but soon Swami and others grow fond of the baby and accepts him in their normal routine.

Backdrop of the Story

Themes Highlighted in the Book

While the book’s event revolves around common childhood trials and tribulations, there are major themes underlining the plot of the novel, including the political and personal under British colonial rule, education and oppression, the fluidity of identity and innocence, family and growing up.

Reviews By Other Critics

The MCC cricket match in the text – Source : Madras Courier

“This one in a million piece could not find a publisher and that is the irony of the great master storyteller’s luck.”

The book seems to have such a picture painted of childhood that everybody craves for such an amazing childhood and those who had it reminisce their good old days. At first, I felt why give a children's book to a college student, why refer it in the syllabus, what it could possibly have than some children playing and going about their life in a usual way. I picked the book never to expect the world hidden in the pages. The book is relatable yet distinct. The simple yet moving writing transfers you to the realm of Malgudi and gives you an opportunity to remember your childhood days. It is a perfect light-hearted with deep meanings and history to fill you up with emotions and nostalgia. The book is critically acclaimed and recommended.

The television program "Malgudi days" was an abridged version of the book and had a large viewing audience. Narayan’s work is free of judgement and has a seamlessly easy narrative. Although often hostile to each other, Swami and his friends share a unique, powerful and an imperfectly perfect bond showing realities of life. It perfectly captures nostalgia and is a must read for everyone.

Want to read more articles? Here, link to my next article- https://wrytin.com/maryarizwan/indian-writing-in-english-k0ck2cfh

Books You Must Read!