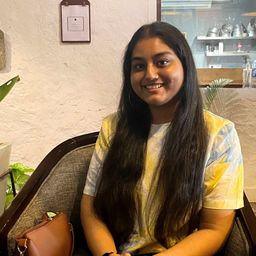 A Shakespearean Comedy is usually characterized by the happy ending in the text. The Shakespearean plays were grouped into three categories in ‘First Folio’- Tragedies, histories and comedies. The characteristics of the Shakespearean comedy include marriage, setting, misconception, disguise and gender.

In European history, Renaissance period spreads from the 14th century to 17th century. It is marked by the revival of classics and the birth of individualism. Renaissance period is labelled as the last of his romantic or happy comedies. It is fantastic romance, carrying a ‘dying fall’, a strain of melancholy music, which leaves at least one aspiring love without fulfillment. It usually depends upon the unrealistic conventions of romance for the resolution of the main plot.

Human as the center of the world in Renaissance- Source: History

“Twelfth Night” by William Shakespeare was written around 1601-1602. It is one of the last comedies written by William Shakespeare. The play revolves around the prime four characters mainly Olivia, Orsino, Viola and Sebastian. Antonio, too plays an important part in the play. The story plays on the themes of cross-dressing and disguise. Viola, under unknown circumstances is saved from drowning and takes the disguise of her brother, Sebastian to work in the court of Orsino and falls in love with him. Orsino is shown to be smitten by Olivia and wants her to accept his proposal. But Olivia falls in love with Cesario (viola in disguise) hence complicating the situation. The events that follow are the return of Sebastian with Antonio, marriage of Olivia and Sebastian and revelation of Cesario as Viola. The play ends on a happy note with the marriages yet the undertone of politics and societal norms surrounding the text continues to be there.

William Shakespeare (26 April 1564 – 23 April 1616) is a poet, actor and a playwright. He is described to be one of the greatest writers and a great dramatist. He wrote many tragedies as well as comedies. He wrote in the Renaissance period and was one of the playwrights associated with the period. He received the Lucille Lortel Award for Outstanding Revival.

The main theme surrounding the text is that of homosexual love between the characters. The three months friendship between Sebastian and Antonio became a relationship of homoerotic love for Antonio and party for Sebastian. Antonio seems to go to lengths in order to protect Sebastian, even risking his life for the same. Sebastian has a personality endowed with a homoerotic component that has been awakened and activated under a peculiar and propitious set of circumstances. He depends on Antonio for both emotional and Practical matters.

This is one of the major themes that creates confusion and conflict in the text. The cross-dressing of viola instills love in Olivia for her. Though the disguise helps Viola protecting her identity and herself in the unknown territory, it also creates some serious confusion. Olivia loved the feminine aspects of Cesario. Even Orsino seems to admire Cesario.

Citations from the essays

In his essay “The two Antonio’s and same sex love in Twelfth Night”, he comments that “Bisexual experiences are not an exception in Twelfth Night and are vital for the course of love.”

According to the essay, “The play shows that while cross-dressing can cause semiotic and sexual confusion and therefore to be shunned, it is not truly a problem for social order”

Though I was a Shakespeare fan from class 7th literally, I somehow was not able to read this text until now. The text was in my university syllabus and I was more than happy to read it. I also have read different comedies as well as tragedies by Shakespeare including Macbeth, Hamlet, As you like it and more, this text still seems to impress me with the context of social, political and gender norms within it. I felt ‘Twelfth night’ can be seen using cross-dressing only to reinforce the accepted ideas of gender and accepted categories of ‘male’ and ‘female’ identities. I loved how the character of Olivia and Antonio was built. Viola, for me clearly represented the patriarchy evident in the female gender and Orsino as the flag bearer of the same. To me, the happy ending was a way the characters were succumbed to accept the societal and gender norms. All these statements and context make the text a must read to increase the understanding of different time periods and their similarity with today.

The poster of the 1996 film adaptation- Source: imdb

There are several film adaptations of the text. Vitagraph Studios in 1910 released a silent adaptation of the text. There was one 1986 Australian film. 1996 film was adapted and directed by Trevor Nunn.

For more such articles, this space is the best. Link to my next article- https://wrytin.com/maryarizwan/sherlock-holmes-series-k0qjhivs

Praveen Shankar
Praveen Shankar
444 views
Prerona Roy  •  45w  •  Reply
It's gonna make my school much easier. Well Written!!
Marya   •  44w  •  Reply
Hi, thank you for appreciating the blog <3 You can check out other blogs on my page as well.