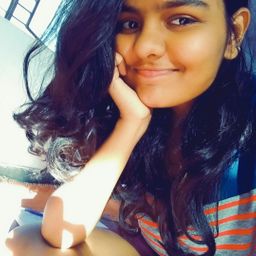 Recently hastags like #freethenipple #thetatatop #sexygirls #hotgirls have been blocked by Instagram. If you click on any of these & go to ‘RECENT’ instead of ‘TOP’ you’ll get a message from Instagram much like the one in this swipe story - that says our ‘community’ has reported posts from these hashtags.

We as a society have defined these rules & regulations & not one man/woman sitting in the Instagram office? It’s us, you & me - your mothers, husbands, brothers - we define the rules. And we are ones who always say that society can never change, but it is only us who is "the so called society".

Threatened just because men are aroused by these body parts while lacking respect for them, which is why we feel ashamed of female nudity. It’s desired,without actually being respected.

Hashtags such as #hotboys #sexyboys are not censored or banned, by the way. Because a man’s naked body is not a threat to society at all. Menm having all the rights and acceptance in the society. Women are still attracted to it, women just don’t want to unzip our skirts & start touching ourselves at the first sight of it - wait, we respect it. Enough for male nudity to be ‘probody’ and ‘fitness goals’ . Those pictures are not a threat to society. Those pictures is not censored, or reported, or banned.

The only hashtags banned are related to women & their sexuality - who do you think is reporting them? Not just men, no - women too. It’s being reported by a regressive society that is served & fed Misogyny on a platter. They are taught & conditioned to believe that a woman’s nudity, sexuality - is disgusting. It’s a threat. It’s worrisome. It’s disrespectful. It’s a shame. It’s unwanted. It’s to be covered up & tucked away for yours truly.

If anything should’ve been censored due to threat & community guidelines, it should’ve been the words #patriarchy #misogyny - but that’s just a myth, isnt it?

We’re just a bunch of crazy male hating femi nazi bitches that have ALL our rights & now want to rule the world in our panties.

Praveen Shankar
Praveen Shankar
378 views
Radheshyam Jaiswal  •  3y  •  Reply
Male and female, inspite of having many things common have different role too. Everything between them can't be compared.