Don't Be Your Own Limit 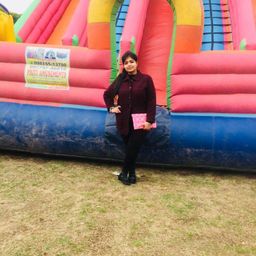 I'm not going to waste my time on this.

Why do we always state such kind of statements before trying something new?

Are we the future reader?

No, not at all. Then, how do we know whether we will fail or pass?

Here, only here the main agenda is that we have bounded ourselves to two words that are "FAIL or PASS". Apart from this we have forgotten about the most basic but most important aspect i.e. "LEARNING". What will happen if you try to do something that you haven’t tried yet? Let’s make some guesses

Will some tragedy occur? No, I guess.

Will you be beaten for trying something new? Not that either, I guess.

Okay, here I'm not encouraging to do things that could offend some rules and regulations.

I'm trying to say that is "Don't be your own limit".

Now what if our Indian cricket team said No, we can't play here as the pitch is new for us. Then, how would the name of our Indian Cricket Team reach where it is today?

What if, the new born birds decide that they will not try to fly as they didn't do it earlier.Then, would they be able to survive?

What if, Neerja Bhanotdidn'tact bravely and smartly at the time of the highjack?Then, would she have been able to rescue so many people?

Just let yourself be a free bird who is not afraid of the new sky.

Just be like an ant who learns if fails but never stops trying to move forward.

How can you decide that

Not by not trying and saying "This is not my cup of tea" we could decide anything about our abilities. By getting failures in something doesn't mean that you are good for nothing . Guys, whenever we face failures we are able to learn something that we couldn't have learnt by reading a book or being an old school and not trying new things.

Whenever you feel like not trying something new because you didn't do it earlier even once just remember thatwe Indians would not be breathing freely if our freedom fighters would have stopped after facing failures.

Guys, a bird never stays in the same nest, not because it’s the nature of birds to never to stay at one place but because every time a bird makes its nest, it becomes more experienced and more confident. This is not because it was doing the same thing but because it knew which tree, which branch of the tree, which height is suitable for its nest which it learnt only by trying it on different trees, branches ant heights.

So, never stop trying something new things because might it reveal you your abilities that you yourself unaware about. That's why I'm saying Don't be your own limit.

Next time when you'll be getting an opportunity to try something new never let that opportunity go , from your hands because you never know that what will it reveal to you about you or if nothing at least it will add another chapter to the book of experiences of your life which will make you learn something.

An Open Letter To My Future Husband