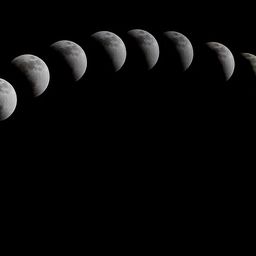 To be tolerant means showing willingness to allow the existence of opinions or behavior that one does not necessarily agree with. While a tolerant nation is a nation where there is commitment to respect human dignity. Tolerance is when you accept that each person is worth the same person that is worth less doesn’t exist no matter if we're men or women, black or white, Arabs or Jews, Muslims or Christians, no matter where we come from and who we are, we are all equal. When you can understand this and also treat others with respect and dignity, then you are tolerant. A nation becomes tolerant when it respects every religion. The people of the country respect all religions and do not discriminate them. A nation becomes tolerant when people of minority live without fear of being killed. A nation becomes tolerant when each member of each religion feels safe from people of other religion.

An inclusive society is a society that overrides differences of race, gender, class, generation, and geography, and ensures inclusion, equality of opportunity as well as capability of all members of the society to determine an agreed set of social institutions that govern social interaction. Inclusion and tolerance correlate positively, negatively Including and talented go together. You don’t include people in your activities if you don't tolerate them.

It’s possible for member pluralistic society to become less tolerant. But when that happens they become less inclusive A current example is the intolerance to Muslim American be reached by Republic Candidates Who Must Not Be Blamed. The proposed implication of this intolerance is exclusion of Muslim wanting to come to America to spying on Muslim Americans itself an exclusionary activity. Globalization has made it easier for different communities to connect, licet und interact with each other. Today the world enjoy greater levels of reflectance and Diversity, thanks to the selfless efforts of our forefathers and the advent of the Internet.

However, instances of intolerance and prejudice still occur and in some parts, have gotten out of control.

Exhibiting tolerance can go a long way for a nation and bring benefits to it in more ways than one. Where everyone is treated equally and given equal opportunity, everyone is able to effectively utilize their talents and resources to improve their living standards. This results in a bigger middle class and reduction in poverty. The greater spending power contributes to greater growth in the economy and a bigger consumer base. In countries where certain groups are discriminated against, not only are they less able to contribute to the economy, but also this leads to the buildup of the ghettos and vulnerable communities. Nations that practice discrimination on are at a disadvantage, as they risk losing enterprising individuals from victimized groups who tend to move elsewhere. Intolerance breeds hatred, hatred leads to distrust, distrust causes disunity. Tolerance allows people of different backgrounds, religion and races to work and live together, and this breeds unity. In a tolerant country, every citizen remains loyal to his country and is willing to make sacrifices for the sake of the country.

Discrimination is inverse of peace

In some countries where some communities are disenfranchised and prosecuted, the affection towards the country becomes replaced with enmity that can result in weakening the state. The people of the nation are the foundation, the nation becomes more vulnerable to collapse. “A house divide cannot stand”. Where there is discrimination, there cannot be peace. Intolerance leads to infighting, violence and instability as different groups resort to force and aggression against each other or the state. Events in many countries in recent history have made us witness just how damaging intolerance can be to peace – people destroying each other’s places of worship, partaking in ethnic cleansing or entire nations becoming engulfed in civil wars

We are all part of the solution.

Fighting requires local solution: Many people know that tomorrow’s problems will be increasingly global but few realize that solutions to global problems are mainly local, even individual. When confronted worth an escalation of intolerance around us we must not wait for governments and institutions to act alone. We are all part of the solution. We should not feel powerless for we actually posses an enormous capacity to wield power. Nonviolent action is a way of using that power – the power of the people. The tools of nonviolent action putting a group together to confront a problem, to organize a grassroots network, to demonstrate solidarity with victims of intolerance, to discredit hateful propaganda are available to all those who want to put an end to intolerance, violence and hatred.

Values Of Tolerance, Respect And Understanding